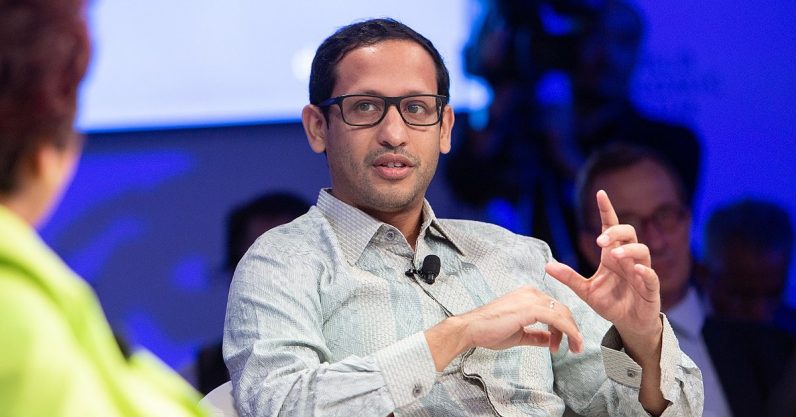 Nadiem Makarim, co-founder and CEO of Indonesia’s first decacorn Gojek, is stepping down from his chief executive role to take up a cabinet post in the newly formed government led by Joko Widodo.

The move comes after President Widodo expressed a preference to include professionals and millennials in his second-term team to boost the country’s economy.

Although it’s not clear what position he will hold, local reports said the 35-year-old could assume a role in the newly created digital economy ministry or in education.

To fill the spot left vacant by Makarim, Gojek Group President Andre Soelistyo and co-founder Kevin Aluwi will take over as the startup‘s co-CEOs, the company said in a statement.

“I feel it’s an honor for me that I have been asked to join the cabinet […] I am very happy to be here today because it shows that we are ready for innovation and to move forward,” Makarim said.

Makarim also added he and Widodo had spoken about “directions to develop Indonesia in the future” including in “human capital, bureaucratic reform, and investment,” according to Reuters.

From ride-hailing to a super app

Starting as a ride-hailing service in 2010, Gojek — derived from the Indonesian word “ojek” for motorcycle taxis — has evolved over the years to become a super app with more than 20 services, such as bill payments, logistics, financial services, cleaners, food and grocery delivery, ticketing, electronics repair, and purchasing medical prescriptions.

The company is currently valued at over $10 billion, with backing from Google and Chinese internet giants Tencent and JD.com. It recently dipped its toes into on-demand video streaming with GoPlay as it seeks to capture a bigger slice of the Southeast Asian market currently dominated by Singapore-based Grab.

Makarim himself hails from a prominent Indonesian family. His grandfather was a pioneer of Indonesian freedom movement, his mother is an anti-corruption activist, and his father is a noted lawyer. Viewed in that light, the tech entrepreneur’s political plunge seems all but preordained.

Read next: Facebook’s Libra ‘cryptocurrency’ gets desperate as it considers stablecoins