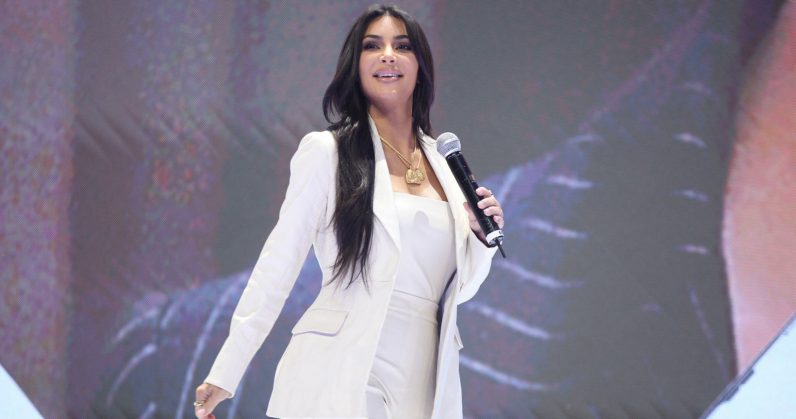 You might know Kim Kardashian West from her Instagram profile, which counts 148 million followers – higher than Beyoncé – or her incredibly long-running reality show, Keeping Up with the Kardashians, which is now in its 17th season. Or her lines of beauty, fragrance, and shapewear products. Or from her marriage to 21-Grammy-award-winning musician Kanye West. But I’m curious about her latest claim to fame – being a speaker at the World Congress on Information Technology 2019, in Armenia’s capital of Yerevan.

Kardashian West, who is of Armenian descent, was interviewed on stage today by Magdalene Yesil, a venture capitalist and business author. She was then joined in a panel discussion by Reddit co-founder Alexis Ohanian, Giphy founder Alex Chung, and PicsArt founder Hovhannes Avoyan on how tech has democratized entertainment, media, and journalism.

I’m sad to report that Kardashian had nothing of substance to share over the course of an hour and a half. We got a few facts about her career as an entrepreneur and influencer, but almost nothing that explained what it might be like to walk a mile in her high heels.

KKW has a cumulative following of some 250 million people worldwide, and claims to launch about one new product every month, in the areas of cosmetics, fragrance, and shapewear. She works with a core staff of four to five people on these projects. Now, you’d think a serial entrepreneur with as hectic a schedule as that would have more to say about her strategy than, “I look for things I want to use and just make them better.”

On the topic of taking advantage of her massive online following that can serve as a focus group, she had this to say:

When I was launching my first fragrance, I tweeted, “Should i use this shade of pink, or a darker pink? And I really did listen to the advice that everyone was tweeting back to me, and that shaped a huge part of my brand.

It was really my first tech venture. I was unsure at first, as to how I’d make it authentic to me. But the concept was really cute, and the fact that I’d have a big say in what my character would do and wear. Since it’s called Kim Kardashian Hollywood, a lot of it has to do with the clothes the character is buying and wearing in photoshoots in Hollywood. I think it’s maintained its success due to me just being so involved.

There’s more where that came from. Or should I say, there’s little else?

I don’t mean to hate on KKW, certainly not on her home turf. Armenia is a small country, with a population of just three million people – and it’s extremely proud of its global diaspora making waves in everything from technology to entertainment to sport to science. Rightly so, too.

I was simply disappointed that she couldn’t capitalize on a fantastic opportunity to share some real insights into how she built her empire in a short span of time, charting her own path, and rocketing to unprecedented fame as a fashion and pop culture icon. There’s obviously more to her story than she let on today; too bad we didn’t get to hear it.