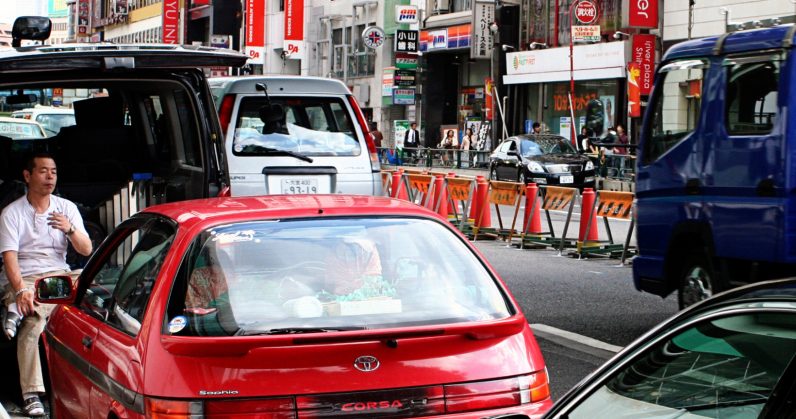 Tokyo-based media outlet The Asahi Shimbun’s Takeho Morita published a quintessentially Japanese story last week: many people who rent cars through vehicle-sharing services across the country don’t drive them at all.

Instead, they use them to take naps, making business calls, catching up privately with friends, eating lunch, – and according to a 2018 survey by NTT Docomo, to ‘do facial stretches said to reduce the size of their face.’

That’s from companies including Orix Auto, Times24, and NTT Docomo, which rent out large numbers of vehicles across cities in Japan. While they’d rather that their customers use their cars to get around, people find them handy for equally essential activities. One person who lives near Tokyo told the outlet, “I rented a car to eat a boxed meal that I bought at a convenience store because I couldn’t find anywhere else to have lunch.”

For decades, Japan‘s corporate culture has developed a tolerance for ‘inemuri,’ which refers to sleeping on the job. Many people in the country work long hours as they’re committed to their jobs, and catching a short nap helps them recharge in the middle of the day – and if you want some peace and quiet, a car is your best bet. Another person noted that, “Usually the only place I can take a nap while visiting my clients is a cybercafe in front of the station, but renting a car to sleep in is just a few hundred yen (several dollars), almost the same as staying in the cybercafe.”

According to the piece, hiring a car only costs around 400 yen ($3.7) for 30 minutes; you can book one any time of day right on your phone, and find it in a parking lot near you. For people who are constantly on the go in Japan‘s densely populated cities, this sounds like a convenient way to find some privacy without having to stray far from home or work.

Read next: Ubuntu maker's GitHub account hacked — but the source code is safe