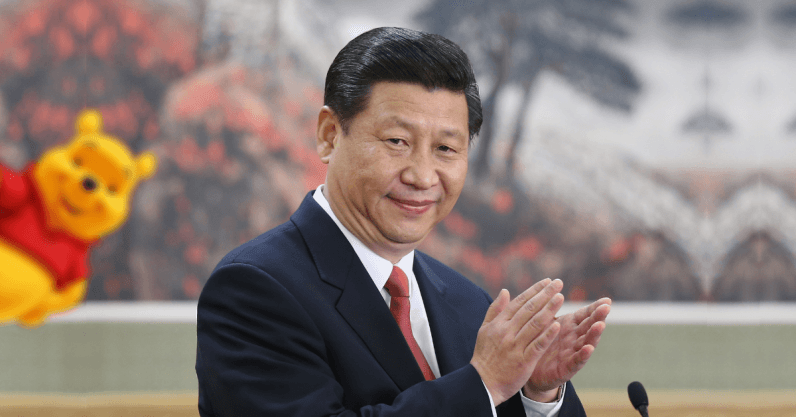 China’s stranglehold on its citizens’ internet usage is notorious, and now the officials in charge of it are gathered at China’s main internet conference in Wuzhen.

Today, President Xi Jinping called for greater global cooperation in making the internet fairer in a speech that was read on his behalf at the conference, Reuters reports.

“There is an urgent need for us to speed up the internet economy and work for governance that is more fair and equitable,” Xi said.

The word “fair” rings somewhat hollow coming from a man who’s so insecure about his likeness with Winnie the Pooh that he’s had censors remove memes depicting the friendly bear and banned the latest film about his adventures.

China has been adamant about keeping its ‘cyber sovereignty’ — which President Xi has frequently raised throughout the years — but tech and the internet are also seen as key components of its trade war with the US.

China’s incredibly successful tech giants — like Alibaba and Baidu — are getting fidgety due to trade tensions with the US and have recently lowered their sales projections because of economic uncertainty, according to Reuters.

It’s therefore understandable that Xi wants China to have greater influence in the digital world. But any talks of fairer internet are unlikely to result in greater internet freedom for China’s citizens. Instead, it refers to China wanting its ‘fair share’ of the internet pie, because of its massive population and booming economy.