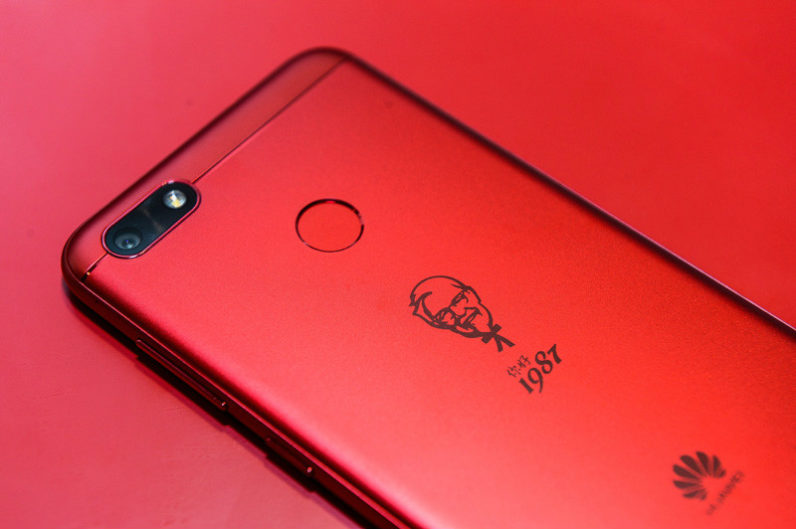 Thirty years ago, KFC became the first Western fast food outlet to set up shop in the People’s Republic of China. Ever since then, it’s held a prized place in China’s artery-clogged heart, and is by far the most popular restaurant chain in the country.

So, it shouldn’t be a surprise that to celebrate this auspicious anniversary, Huawei and KFC have teamed up to release a limited-edition, Sanders-approved smartphone. Check it out below:

The KFC smartphone is a deep red, and is embossed with Colonel Sander’s face, along with the date when KFC set up shop in the PRC. It comes with 32GB of memory, and as you might expect, is bundled with mountains of KFC-related bloatware. There’s the KFC delivery app, which lets you summon buckets of deep-fried original recipe chicken to your home, as well as a music app that lets you decide what’s playing in the store.

Neither KFC nor Huawei have announced pricing or availability details, nor whether it will run a special Linux Colonel (sorry), although some have speculated that it will be sold via Alibaba’s TMall, which, as pointed out by Shanghaist, is already used by KFC for deals on its food.