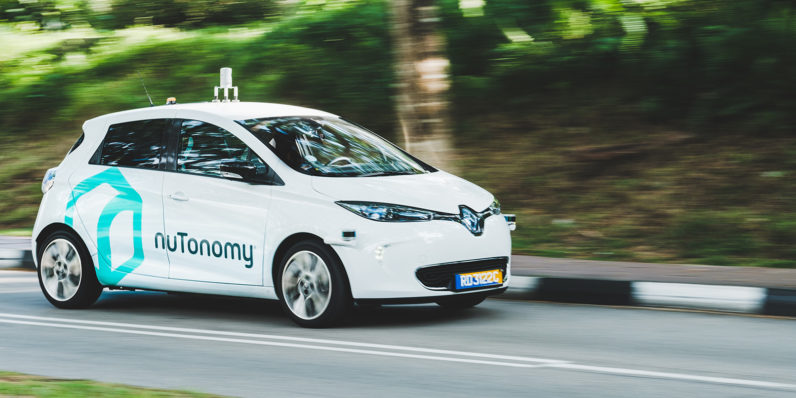 Last month, MIT spin-out firm Nutonomy launched a pilot test of its self-driving cabs in Singapore. Now, it’s teaming up with Grab, Uber’s rival in Southeast Asia, to extend the trial with a larger user base.

TechCrunch notes that the test phase will run for two months to begin with, in the One North area in Singapore, and Grab users can book a free ride through the company’s app. Passengers can travel beyond the 2.5 km square business district, but then the on-board human supervisor in the front seat will have to take the wheel to complete the trip.

Grab told TechCrunch that it’s interested in bringing self-driving vehicles to other Southeast Asian countries, but it first wants to concentrate on extensive testing in Singapore, where advanced infrastructure makes its trials feasible.

While Uber is developing its own technology and handling mapping in-house, Grab is partnering with Nutonomy with neither party investing in the other. News of the partnership follows Uber’s self-driving trials in Pittsburgh, and it’ll be interesting to see which taxi service is able to roll out autonomous vehicles publicly first.

Read next: Amazon will now print your photos for you for as little as 9c