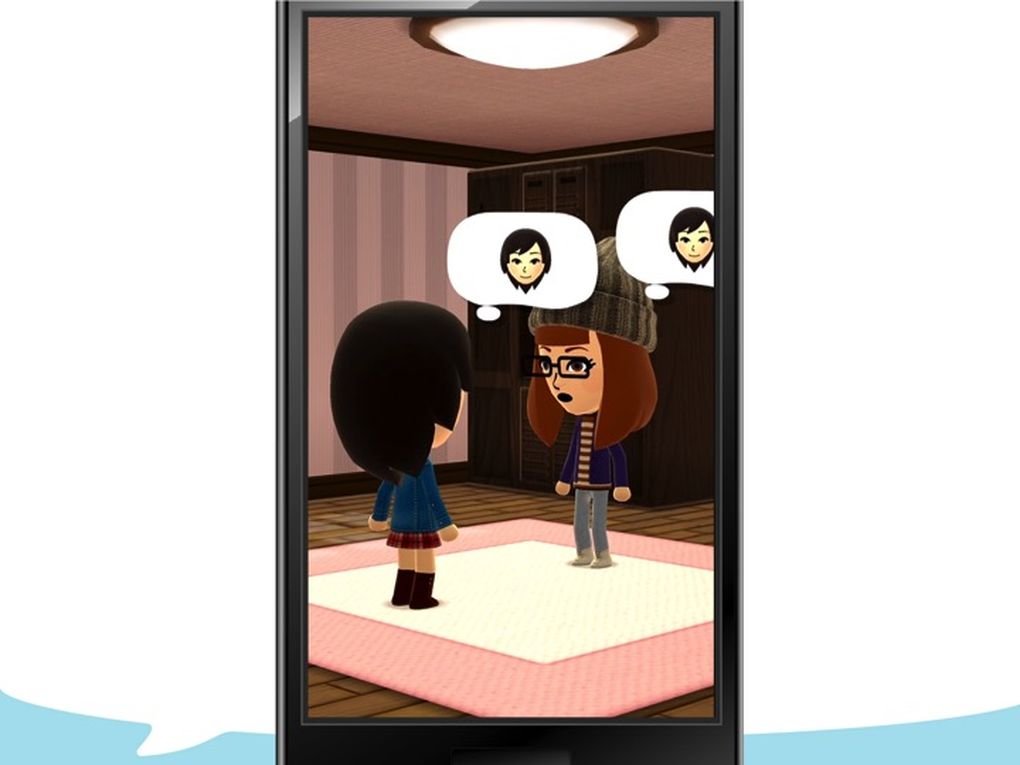 After rumors swirled earlier this morning surrounding Nintendo’s intention to move into the mobile gaming space, the company reiterated today during an investors call that it will produce five smartphone apps to be released within the next couple of years. According to a liveblog from the Wall Street Journal, the first of these is due out early next year.

Called ‘Miitomo,’ the free app will allow users to create their own ‘Miis’ —  the personalized digital avatars that populate Nintendo’s consoles. It doesn’t look too much like a game, but it looks pretty canonical from how gamers use Miis regularly. Aside from customization, there seems to be a chat client and other features that are centered around the idea of different Miis connecting and communicating.

To my gamer’s eye, it appears to have a lot of elements from 3DS game ‘Tomodachi Life,’ which is a ‘Second Life’ style simulator that allows the player to live their own little Mii life, complete with marriage and kids. It also seems a little like the 3DS feature ‘Mii Plaza,’ which rewards players for connecting with each other through the console’s ‘StreetPass’ feature and participating in mini-games.

Whatever ‘Miitomo’ actually is, gamers will have to wait a little longer than expected to see it. Originally intended to be released by the end of this year, Nintendo President Tatsumi Kimishima — who took over the job after the passing of beloved predecessor Satoru Iwata — decided to wait until after the holidays to promote the game.

Read next: Sonos Play:5 review: Worth the money on audio quality alone