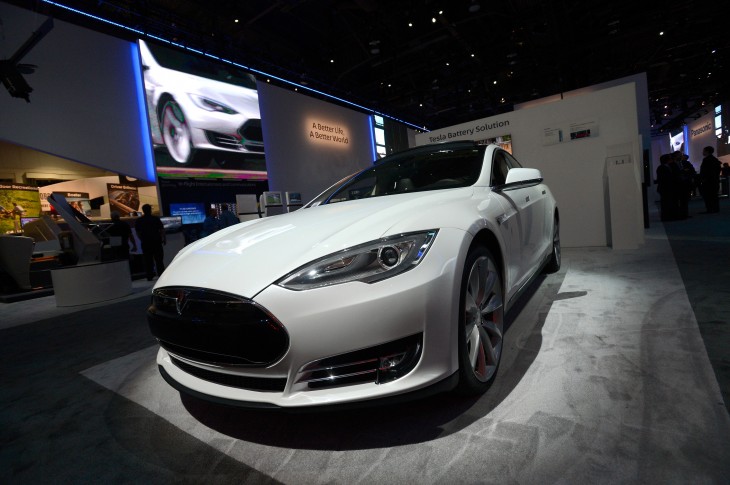 Tesla Motors is making inroads in Japan after handing over its first electric-powered Model S cars to customers in the region. Elon Musk, chief executive of Tesla and the spaceflight company SpaceX, did the honors of handing over the first set of keys earlier today:

Tesla has been present in Japan before now, however. The company operates a store in the Aoyama district of Tokyo, as well as two service centers: one in Naka Ikegami, Tokyo and another in Yokohama. The latter offers four superchargers, while Tokyo is covered by two stalls at the Grand Hyatt hotel.

Of course, until Tesla was able to fulfil Model S orders in Japan, these facilities were largely dormant. While customers could probably obtain a vehicle through importing, today’s milestone represents its first real push in the country.

A spokesperson for Tesla says the company plans to build a larger Supercharger network in Japan. That’ll be critical if the company is to make its electric vehicles a viable alternative to the current swathe of gas-guzzling road warriors.

Unsurprisingly, the bulk of Tesla’s Supercharger network currently rests in North America. Today 111 stations are active in the region, while 61 are set up in Europe and 13 are open in parts of Asia – specifically China and Hong Kong.

Read Next: Tesla inks deal to build a network of charging stations for its electric cars across China / Tesla chooses Nevada for its battery Gigafactory location