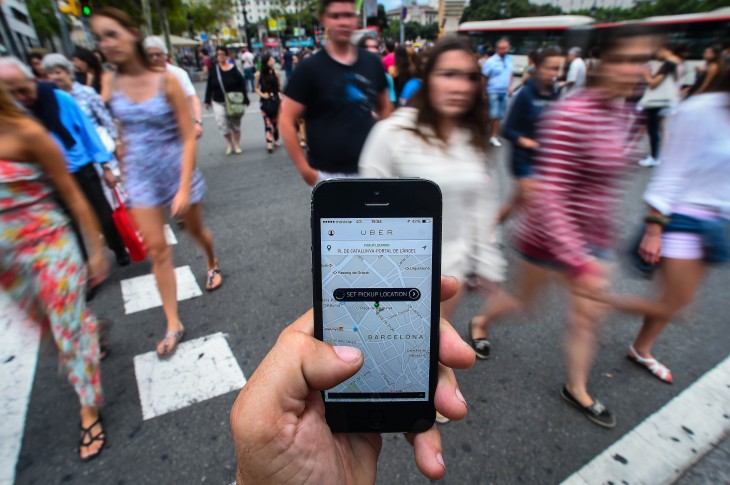 Private car-for-hire service Uber has taken an interesting direction in China. In what seems like a mind-boggling move, it has launched a trial of ‘People’s Uber’ in China, a ridesharing service that will be non-profit for Uber, though passengers will need to pay for their rides.

In a blog post elaborating on ‘People’s Uber,’ the company says that it has brought in the peer-to-peer ridesharing option at the request of many riders and drivers in Beijing, adding on to the company’s current Uber BLACK and UberX services in the city.

The fact that Beijing now becomes the only Uber city that offers three options gives us a glimpse into the company’s motivations behind ‘People’s Uber.’

In the US and other Western parts of the world, UberX is essentially the ridesharing option, albeit a for-profit one. In Asia though, UberX has taken on a somewhat different role to compete at the level of taxis instead. This means the cars on UberX are also commercially licensed for hire, but they are just typical private cars instead of high-end limousines.

And how would Uber step into the ridesharing space without bumping into regulatory setbacks? The company has taken a creative spin: the non-profit angle.

When asked about the motive behind the introduction of ‘People’s Uber’ in Beijing, Ben Chiang, Uber’s head of China expansion, didn’t directly answer the question but said:

Uber’s goal is to provide the maximum number of people the option to have safe, comfortable, and convenient transportation. Each person has a different need at different times and circumstances, so the more people we have on our system the better every one of our services will be.

This hints at the fact that Uber is seeking to amass as large a number of users as possible on its platform, which it could then eventually tap on for even more extensions of its service.

It is no secret that Uber has plans beyond being just a car-for-hire service — in fact it is expected to expand its footprint into new categories and services as it develops a global logistics network, executing on its vision of changing “transportation and logistics in urban centers around the world.” Already there is one example of the branch out. Uber launched a fleet of bike couriers in New York in April, but we can expect all kinds of different initiatives to come from the company in the future.

Having a large number of users on the Uber platform in Asia can only do it good in the future.

And Uber can well afford to gain users, build up its brand and promote the general concept of peer-to-peer sharing at the expense of hurting its own profit margin in the short term, given that it has a pocket full of funding and powerful strategic backers. In June this year, Uber scored $1.2 billion in funding from investors including Google Ventures, valuing it at a whopping $18.2 billion.

However, it isn’t for certain that Uber can avoid all regulatory issues with its ‘People’s Uber’ service in Beijing. We asked Chiang if Uber has worked with Beijing authorities to come up with such a non-profit option. He didn’t address that outrightly, saying that Uber doesn’t comment on government issues unless it’s public information, but did say: “The Beijing government has publicly supported ridesharing because of its significant benefits for congestion, emissions, and community.”

Drivers who want to apply for ‘People’s Uber’ have to go to its signup page — and they must have a valid driver’s license and insurance, the car must be within three years old, and the vehicle must be a four-door one that costs CNY100,000 ($16,200) and above. Interested drivers will then be selected by the Uber team. To maintain the quality, drivers will be rated by users after every trip, while route details are also logged through Uber’s system.

Riders who want to try the service can use the same Uber app, connect with a driver to confirm the destination, then jump in. They only have to cover the driver’s cost. When asked how the cost will be determined, Chiang said that Uber has “data and knowledge from working with drivers all over the world, and specifically in Beijing” that would help it come up with a figure.

The non-profit model is a really interesting move on Uber’s part and seems tailored to skirt a few issues that the company may have been experiencing as it expands aggressively globally. For example, Uber is facing a major setback in Seoul, with the government trying to ban the service in favor of developing its own alternative. Last month, taxi drivers in Taipei took to the streets to protest with a series of complaints, one of them against Uber.

In any case, ‘People’s Uber’ is now still in a testing phase and will be adjusted based on user feedback. It remains to be seen how popular it will be, and whether it can attract new users who haven’t tried Uber before, but having more options is always a wise idea to gain traction faster.