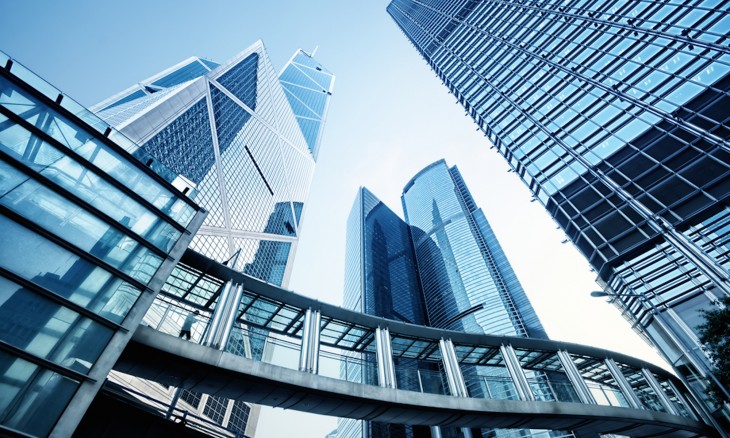 Pieter Walraven is the co-founder of Pie, a Singapore-based SaaS startup.

As an Asia-based SaaS business founder, I’ve lost count of how many times I’ve been asked: “Why did you base your startup in Asia, and not the US?”

It’s an appropriate question. For a SaaS business, there’s the usual list of compelling reasons to focus on the States. For starters, with around 60 percent of the total global market volume in 2012, North America is still the largest and most mature economy for SaaS services.

It also helps that the US has several healthy tech VC ecosystem and that there’s plenty of SaaS M&A activity. Last year alone there were almost 400 SaaS deals with a revenue exit multiple of well over 4x.

The numbers are clearly favoring the American market. Why would anyone in SaaS bother with Asia?

An enormous market that’s finally getting money in its pocket

With a combined population of well over 3.5 billion, Asia Pacific is experiencing an increase in SaaS adoption that’s starting to surpass the US. According to a 2012 Gartner survey, intent to increase spending on SaaS applications is higher in Asia than any developed region.

SaaS adoption in Asia is picking up speed. A 2011 study showed that growth in SaaS revenue in Asia was only one percent lower compared to the US, but things have shifted.

Driven by fast developing countries in Southeast Asia, growth of SaaS adoption in Asia is now outpacing the United States. A study by TaTa Consultancy Services indicated 52 percent of Asia Pacific companies’ business applications are projected to be in the cloud by 2014, compared to 33 percent for United States enterprises.

SaaS in Asia is poised to become a massive market in the coming years. A combined population of over seven times the size of the US, mixed with steady growth in annual GDP and low adoption costs of SaaS solutions is fueling an uptake in demand so profound, it’s hard to imagine at this point.

According to Peng T. Ong, co-founder of Match.com and veteran software entrepreneur, the magic GDP per capita number is $8,000 USD:

“Markets are smart. In most Asian countries, it’s still cheaper to throw people at a problem, but when GDP per capita hits between 8,000 USD and 10,000 USD per year, there’s a sudden realization that it’s cheaper to increase productivity with software.”

Japan, Hong Kong, Malaysia, Singapore, Taiwan, and South Korea already exceed Ong’s magic productivity number, and we can expect the following countries to follow suit in the near future:

It’s not just Ong that has spotted the opportunity. Investors from all over the world have taken notice.

Royston Tan, CEO and Co-founder of Singapore-based Zopim, a real-time customer support chat app that was recently acquired by Zendesk: “There is much greater interest from VCs and investors in the Asian tech market generally.”

The inherently global nature of cloud combined with the pay-as-you-go expense model has made software affordable for small and medium-sized businesses (SMEs) all over the world. But there’s a few things that block companies from moving to the cloud directly. One reason for C-level executives to not adopt cloud solutions is previous investment in legacy infrastructure.

Freshly set up SMEs in rapidly developing Asian economies that account for around 90 percent of all businesses don’t have this problem. There’s no such adoption barrier for them as they didn’t even exist yet in the software era of large upfront infrastructure and deployment investments.

With a higher concentration of these so-called ‘cloud leapers’ — companies that bypass legacy systems completely and leapfrog straight to cloud solutions — expect the impact of SaaS in developing Asia to be much more dramatic than any more developed region.

Stephen Jagger, co-founder of Payrollhero, an employee management startup based in the Philippines:

“It’s changing fast. At times, it seems we are from the future. Many of these markets are skipping steps the Western world had to take.”

As Asian markets mature, local companies will begin to seek out enterprise solutions for the first time.

They’re going to need enterprise tools – but they’re starting from scratch. Sharepoint and SAP is not on their radar. This lack of awareness and loyalty to the legacy players is a huge opportunity for SaaS startups.

Paul V. Rivera, founder and CEO of Philippines-based Kalibrr, a SaaS hiring solution says, “The advantage of running a SaaS startup in Asia is that there’s lots of opportunity on almost every single SaaS play as incumbents either don’t exist or they’re fairly weak.”

Furthermore, the smaller pool of local software incumbents means easier access to decision makers. If you’re a SaaS company in the US, the CIO you’re dying to meet with has months of free Microsoft and Salesforce meals waiting for him.

Get in line. In Asia, as a local SaaS player, you don’t need to wait that long before it’s your turn.

Asian startups have a defensive moat against competition

As the Asian SaaS ecosystem develops in size and strength, it will soon attract the attention of more and more Western firms. But it’s not a foregone conclusion that multinationals will swoop in and easily take market share from local players.

Werner Vogels, CTO of Amazon, commented at a recent startup event in Singapore:

“American companies really suck at international expansion and localisation. They have zero experience in how to expand to other markets with different characteristics. They’re used to a homogenous market where all customers speak ‘American.’”

This is most evident in the high-profile failures of Groupon and eBay, when they tried to muscle their way into China. Despite huge war chests both were overcome by local competitors with a better read on the market.

Cheenu Madan, founder of Clinchpad, an Indian-based CRM startup, notes that this phenomenon isn’t restricted to China: “Companies like Flipkart and Snapdeal have managed to hold on their own compared to Amazon because they were early to the game.”

Governments desperately want you to succeed

Governments are also trying their best to develop their own vibrant, startup ecosystems. They’re dedicating funds and lining up policy to give local startups as much help as they can.

Ong, who has worked with the Singaporean government since 2001 to build a tech ecosystem:

“You need to create a positive spiral and support disruptive entrepreneurs, it won’t just evolve by itself.”

“We are guiding the companies we work with — whether they are buying or building software — to use SaaS as their model.”

There are countless government support initiatives all over Asia. To name a few: in Beijing, the State Council has been instrumental in driving Zhongguancun as a hotbed for tech startups.

In India, SMBs are a priority sector financially stimulated by the government to drive SaaS adoption, and in Indonesia – while still relatively nascent – the government has committed to regulations to support cloud-related technology and businesses.

Need for entrepreneurial culture and funding

The future for SaaS in Asia looks bright, but there’s still some things slowing local players down.

For starters, entrepreneurial culture is relatively underdeveloped. Top talent would rather apply for a stable job at a bank than join an unknown IT startup. India-based Cheenu Madan: “Startups are not viewed at a very attractive place to work. Equity is not valued highly and it’s hard to find your first 10 team members.”

Another handicap is easy access to funding. The Asian investment scene tends to be old-fashioned, often favoring straight-forward e-commerce and retail deals over SaaS plays, but there are signs that this is changing.

A few years ago, Asian VC portfolios would mainly contain B2C businesses started by young entrepreneurs. But there’s a trend towards more investment in B2B businesses set up by more experienced older guys.

We’re at the start of something big

The Asian SaaS ecosystem is getting set for a big boom. As large emerging economies adopt SaaS solutions to sustain growth, they’ll leapfrog legacy software unlike any market we’ve seen before.

We’re only at the beginning of the shift, but it will be at a scale that’s so profound you can’t afford to miss out.

Read next: Apple is reportedly moving into smart home technology, while Google is said to eye home security