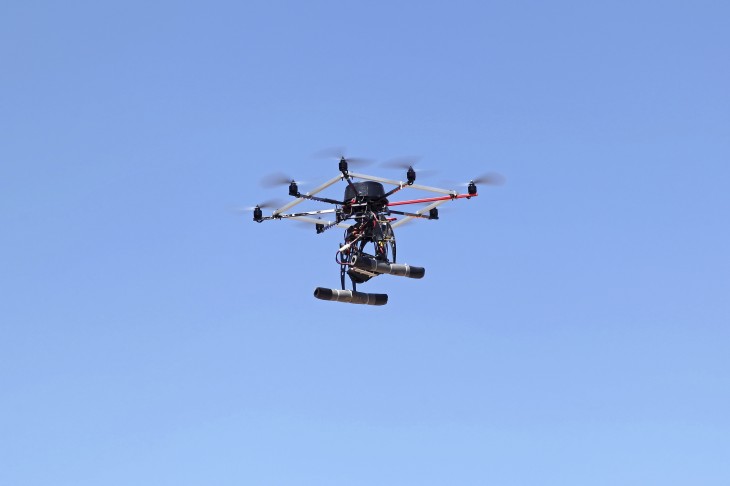 Most US citizens associate drones with dubious allegations of terrorist activity, but Chinese delivery firm SF Express is currently testing drone technology for something a little more innocuous: express delivery.

According to The Atlantic, a delivery was first spotted in Dongguan, China, by a bystander who quickly took a photo and uploaded it to Sina Weibo. Fellow social media users then spotted the SF Express logo on the drone’s parcel, which then led to speculation that the wide-reaching delivery firm was dabbling in the new technology.

An SF Express spokesman later confirmed that the company had indeed developed drones capable of flying 100 meters high, that can automatically deliver parcels to exact locations with an error of about 2 meters. The spokesman did not state whether or not SF express intends to roll out the drones on a mass scale.

As for legal implications, it’s not clear what the Chinese government’s stance on commercial drones is, but SF Express emphasized that the recent launch was just a test and that the company will abide by all regulations. Dongguan police states that private companies can fly commercial drones as long as they are granted permission from civil aviation and air traffic authorities.

➤ China Will Start Using Drones – To Deliver Packages [The Atlantic]