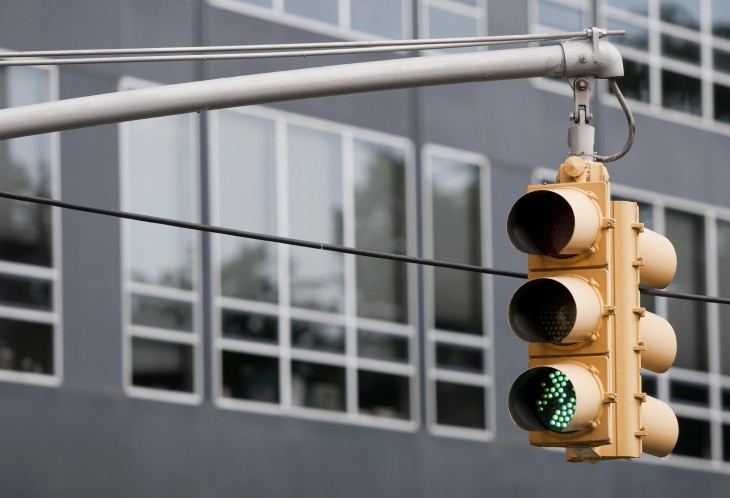 Uber, the transportation app that connects folks looking for a ride with drivers looking for passengers, is growing fast. First launched in 2009 in San Francisco, the company is now expanding throughout Asia and celebrated the official public launch in Taipei yesterday.

We caught up with Ryan Graves, Head of Operations, at Uber’s local launch party in Taipei to talk about the company’s strategy as it enters the Far East.

You’ve just opened for business in Taipei, how many global launches does that make for Uber in total?

This is our second launch in Asia, following Singapore, and our thirty-seventh launch globally.

Korea is next for us, Hong Kong is also out there, and China is the horizon. We’re doing recruiting in a number of markets, and we’ve found that one of the harder things about doing business in any city is finding the right people. So we have a number of cities open on the recruiting front that if we find the right person or people, it would go further up the list.

What has been the biggest challenge as you’ve moved from the US into Asia?

Again, it comes down to the people. The reason the people allow us to do what we do is they customize the service and the experience. So when they deliver the service, it’s not just the San Francisco solution plugged into New York, or any market here in Asia. That would never fly. We have to understand the nuances – how do people want the service to operate? Of course, the business model is all the same, but there’s pricing that’s different, there’s regulations that are different, there’s culture that’s different, and there’s competition that’s different. So we have to be able to adapt our solution to what the citizens want.

Can you give an example of how Uber has had to adapt in Singapore and Taipei?

The US, Europe, and Asia are all very different markets. In the US, our black sedan service is maybe twenty or thirty percent more expensive than a taxi. In Europe, it’s much tighter of a margin because taxis are very expensive – they’re basically already like Mercedes.

Then you get to Asia where taxis are crazy cheap. So the margin there is much higher. But then we’re forced to find ways to pack as much quality into that price point as possible and really focus on the experience. This means having things like having water and other amenities. These extra perks become the focus.

Does this mean that Uber sees itself as a high or medium-end option in these markets?

I think so. That’s just the reality of what it is here in Asia relative to the alternatives. That might change though. In past instances where I’ve once thought that was a key market, I’ve later realized that our audience is very broad. It can range from a kid in university going to a bar to the a CEO of a bank.

The market will broaden as our business matures. Our motto, as you probably know, is “Everyone’s private driver.” It’s not just a private driver for wealthy people, it’s for everyone. So we want to be able to have options at different price points. It just might take time for business to mature in new markets before we get there. Right now, in Taipei, we’re about two times the price point of a taxi.

At the moment you’re preparing to launch in capital cities in Asia. Do you intend to expand Uber beyond these hubs?

Absolutely. In the US and Europe we launched some of the larger markets first and then worked into the tier-two and tier-three cities. In Europe we started in Paris, and we now offer service in Lyon. We’re a startup, so we can’t do everything at once and we have to focus on the big opportunities first. Some of those tier-one main cities is where we’ll start.

So in other words, just because you’re based in the US doesn’t mean you’ll be restricted to capital cities when expanding abroad?

Not at all. Ultimately, we’re a global business. We have teams in Europe and teams in Asia, so there’s nothing preventing us from delving further into those markets.

Time will tell. It’s too hard to see that in advance.

Taipei and Singapore are two relatively small and self-contained cities in Asia. Is there any reason why Uber has chosen to launch in those cities first?

I don’t really think about it that way, in terms of launching “first.” The time gaps between launches are very short, I mean, we’re launching in Seoul later this week. We’re a startup, so we’re not thinking about which city is “better” for us to launch in, we’re thinking about what our current resources allow us to do. It might come down to something like, “We don’t have someone who can deliver the business in that language.” Until we hire that person, we can’t go there.

A launch in China could pose some specific challenges, as many municipal governments have cracked down on taxi-hailing apps, which is a space that overlaps with Uber’s service. How do you plan on managing some of these bureaucratic challenges?

It’s definitely new to us. We know that there are transportation challenges in that market to be solved, but we know that we can solve them. So we’re working diligently to understand some of those challenges.

Read next: LinkedIn now lets users comment, 'like' and mention other people at the bottom of Influencer posts