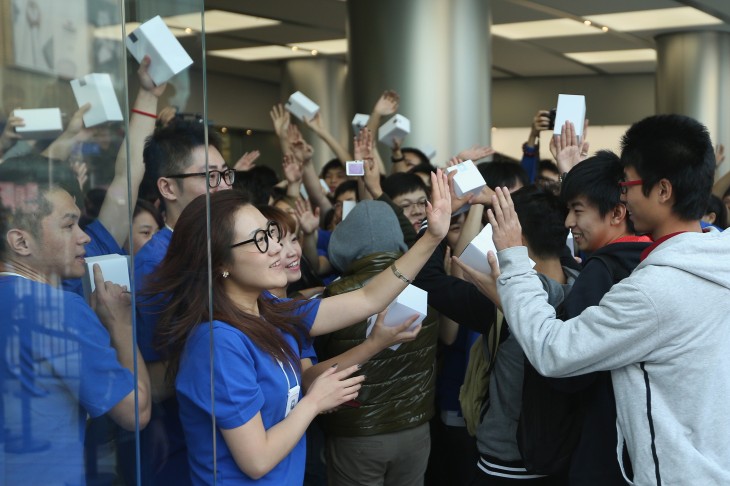 Following two back-to-back accidents in China believed to be iPhone-related, Apple has added a page to its China website dedicated exclusively to informing consumers about its chargers.

A message at the top of the page states that Apple has always placed the safety of its consumers as a foremost concern, and that all of its products, including the iPhone and iPad, must go through rigorous testing for safety and reliability.

The passage then reads (translated from the Chinese):

When you charge your iPhone or iPad, we suggest that you use all USB power adapters with correspondingly-labeled USB cables. These adapters and cables can be purchased as individual items from Apple and authorized Apple retailers.

Below the message, the page features detailed pictures of the power adapters for some of Apple’s latest devices, with specifications for the each adapter’s corresponding power cord and red arrows pointing to the official Apple guarantee labels on each device.

The appearance of the page, which is unique to Apple’s China site,  is almost certainly in response to two life-threatening incidents in China purportedly involving counterfeit Apple device chargers. Earlier this month Ma Ailun, a 23 year old woman from Xinjiang, died tragically from electric shock when she allegedly used her iPhone 5 while connected to an unauthorized charger. Just days after that, a man from Beijing fell into a coma after allegedly inserting a third-party charger into his iPhone 4. Both incidents made international headlines.

Following Ma’s death, Apple issued a statement expressing condolences to the Ma family, and pledged to investigate the matter and cooperate with authorities.

By publishing the webpage, Apple is making a concerted effort to show support for its customers in a year in which it received several towel-whippings from the Chinese media. The company came under scrutiny in April, when the People’s Daily (China’s foremost party-mouthpiece newspaper) issued reports accusing the company of shirking on its warranty policy in China. The incident prompted Apple CEO Tim Cook to issue a formal apology.

In its latest earnings report Apple revealed that its revenues in China dropped 14 percent year-on-year, but this statistic is best understood as a temporary lull. The company remains bullish towards the Middle Kingdom, with Tim Cook stating earlier this year that China is Apple’s most important market, and that the company intends to double the number of Apple stores in the country within two years.