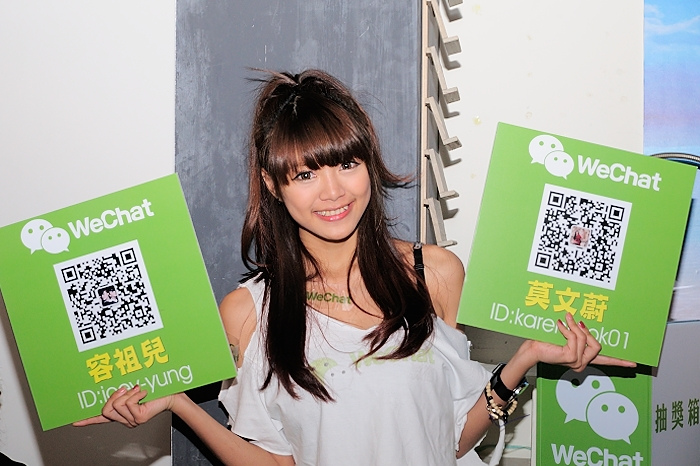 Chinese Internet giant Tencent is prepping a US expansion of its WeChat/Weixin messaging service after establishing a team to research the market, the company has confirmed.

With over 300 million users, WeChat has caught on quickly in China, even pulling users away from rival Sina Weibo. Though it’s also seeing some traction overseas, it has yet to establish a strong foothold in the west.

After recent rumors suggested that Tencent is opening an office in the US for its WeChat division, a spokesperson confirmed to The Next Web that the company “recently put together a small project team for Wechat to study the US market and explore future potential opportunities.” Last fall, we identified WeChat as one of several Asian companies that was poised to crack the US market.

Given the impressive stickiness WeChat has achieved among Chinese users, Tencent could pose a formidable threat to Facebook Messenger and Whatsapp if it does a suitable job localizing the service for American users. While WeChat is already available internationally, its apps have sometimes lagged behind the Chinese Weixin versions.

Tencent would also need to initiate a marketing push to drive adoption of WeChat in the US and abroad. It already has some negative press to combat after a controversy over censorship erupted last month. The company came under criticism for censoring international users, but it chalked up the issue to a “technical glitch”. Given recent fears of state-sponsored hacking and interference in China, Tencent’s going to have to take deliberate steps to win over the trust of western users.

This is an issue that both western and Chinese companies face if they’re intent on going truly global. Evernote, for example, took an interesting approach by launching a completely separate Chinese service (Yinxiang Biji) hosted on domestic servers. By keeping Yinxiang Biji discrete from its main service, Evernote is able to avoid having to turn over information on international users to Chinese authorities.

If it aims to replace existing services, Tencent will need to have a communication strategy in place to explain to US users how it is protecting their privacy and data. Currently, many of WeChat’s international users are believed to be overseas Chinese, most of whom are already acquainted with China’s censorship policies.

It’s a good sign that Tencent is taking the time to properly research its market expansion to the US. Western messaging apps would do well to keep an eye on how things progress. Tencent’s coming, and when it does, it will make a splash.