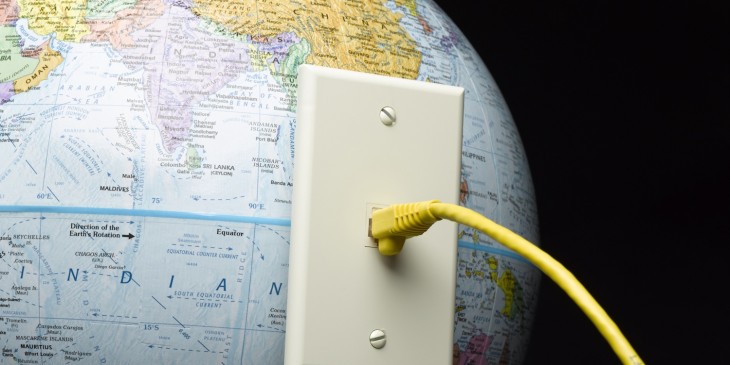 The World Wide Web Consortium (W3C) has added Beijing-based Beihang University, one of China’s top universities, as its fourth host campus and the first new host institution in over 15 years.

While hosts are not directly involved in standards development, they do help with administration of the consortium and housing regional staff. Beihang joins Japan’s Keio University, which became a host in 1996, MIT and France’s INRIA.

The university has been a top partner for the W3C in China for over six years. In 2008, the university hosted the 17th International World Wide Web Conference.

“China is in the midst of an innovation boom,” W3C CEO Jeff Jaffe said in a statement . “In IT, Chinese companies have excelled in instant messaging, online games, smartphones, and search, and there is a flourishing Chinese browser ecosystem. In the past two years W3C has benefited from greater Chinese participation, and we look forward to that trend accelerating through the efforts of local industry and Beihang University. Global participation in W3C enables our community to identify global needs for the Web, and drive solutions.”

“An increasing number of standardized Web technologies have been embraced by Chinese enterprises and academic institutions, and many Chinese organizations are starting to play an important role in noted international standards bodies such as W3C,” said Professor Jinpeng Huai, President of Beihang University.

“This is an important step of the internationalization strategy of Beihang University, creating a platform to help Chinese industry participate in the Web standards ecosystem,” he added.

While W3C’s decision to add a mainland university as a host is indeed an important affirmation of the growing important of the Chinese technology scene on the global stage, it may also cause some controversy. After all, the consortium is dedicated to building “One Web”, but China has increasingly moved to separate its own online space from the rest of the world through the operation of a massive censorship infrastructure. In addition, Beihang has close ties to the Chinese military because of its role as the country’s top aeronautics and astronautics university.

It is, however, possible that official inclusion in the Web standards body could encourage China to open up. Organizations looking to have a truly global reach can’t ignore the country’s 560 million Internet users and its vibrant Internet company and startup ecosystems.

W3C is clearly aware of the issues it faces in growing its activities in China, and it’s optimistic that it can have a positive effect in the industry.

“You have to be there. You can’t not be there.” Ian Jacobs, head of marketing and communications for the consortium, told TNW, noting that it is better to be on the ground than not work with local companies.

He acknowledged that the issue of Internet rights is a challenging perspective, and that for all challenging issues, W3C encourages respectful dialog.

“Since we’re building a World Wide Web, it’s important that we include the global stakeholders. We have a good chance of leveraging our open principles and just making the web better,” Jacobs said.

In fact, W3C’s efforts for the open Web could be a boon for Chinese innovators because it puts them in touch with other developers around the world. Smaller companies benefit from participating in the consortium by collaborating with larger, more established companies with more resources and developers.

“We think open standards benefit consumers because they lower barriers to the market for innovators,” Jacobs said.

A number of Chinese tech companies are currently focusing on overseas expansion, and the increased presence of the W3C should help them in their endeavors. We’ll be watching to see if W3C will have a positive influence toward opening up the Chinese Internet.