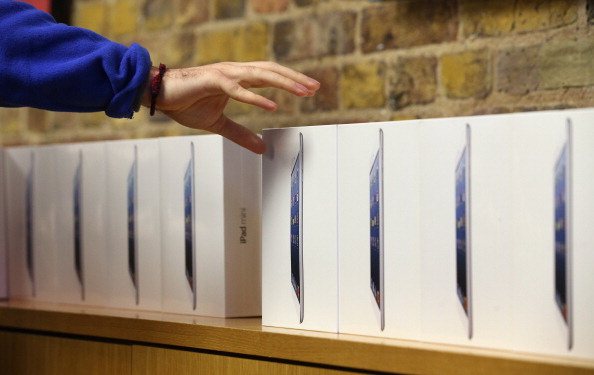 Newly acquired network licenses show Apple is making preparations to release the Wi-Fi + Cellular versions of its iPad 4 and iPad mini in China on the China Unicom and China Telecom networks, Techweb reports.

iPad models A1460 and A1455 were discovered on the website of Chinese telecommunications certification center TENAA. According to Apple’s own support site, those match up with the iPad 4 Wi-FI + Cellular and the iPad mini Wi-Fi + Cellular.

Wi-Fi only versions of the iPad 4 and iPad mini hit the Chinese market on December 7, followed by the iPhone 5 on December 14. Though Apple has not released mainland sales figures for the iPad, it did sell a record 2 million iPhone 5 units in just three days.

Apple did not immediately respond to a request for comment. The company had earlier promised to bring the device to mainland China before the end of the year, and it has lived up to that side of the bargain. However, that commitment came when only the Wi-Fi versions of the iPad had been released, so it’s not clear whether it applies to the cellular models as well.

Though the institution of a reserve-and-pick-up system has made the success of Apple’s product launches less visible with no crowds or lines to gauge customer response, the company does appear to still be doing well in the country. Greater China represented 15 percent of Apple’s revenue for the 2012 fiscal year, behind only the US.

Apple first released the fourth-generation iPad and the iPad mini globallly in early November, before launching cellular versions in the of the tablets in the US and select other countries a couple of weeks later.