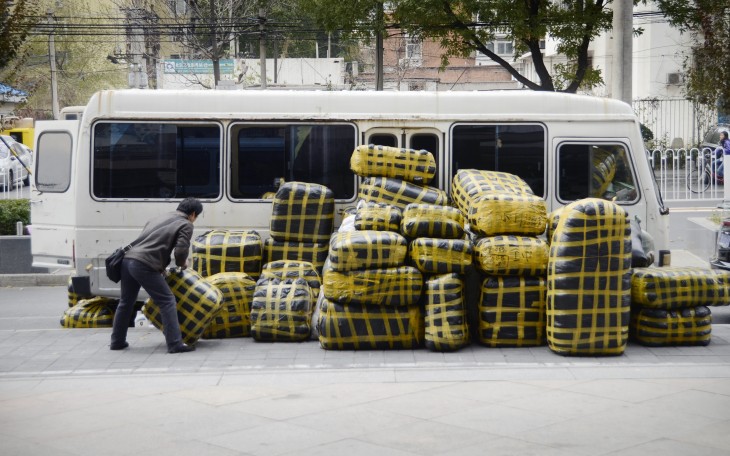 360Buy, a dominant player in China’s direct sales ecommerce market, is opening up its last-mile delivery service to third-party vendors, in a move that could rapidly accelerate the development of the online shopping industry in the country.

One of the great things about living in Beijing and other major cities in China is having access to same-day cash-on-delivery purchases from websites like 360Buy.com and Amazon.cn. However, outside of a select few ecommerce marketplaces, the logistics and delivery system in the country can be messy and chaotic.

Alibaba Group’s T Mall and Taobao marketplaces, for instance, have taken a hands-off approach that leaves fulfillment up to individual vendors. As a result, high-volume periods like this month’s 11.11 Shopping Festival, which saw a record $3.1 billion in sales for Alibaba’s properties, cause a serious shipping bottleneck for vendors.

360Buy is looking to solve the problem, first for third-party vendors on its own marketplace and eventually even for competing e-commerce platforms. The company has been investing in its own logistics system for years now, and it offers same-day delivery service for orders placed before 11am in over 30 cities. It has also obtained a Chinese express delivery license that allows it to accept cash on delivery.

While the decision to open up its own logistics chain seems like a generous move on 360Buy’s part, and, in many respects, it is, the company expects this to be a new revenue stream. It’s too early to project how much income this will generate, but given the current pace of ecommerce adoption in China, this could become a massive business in and of itself.

“We believe this is going to be a very influential event in the industry,” the company said in an interview with TNW. “Ecommerce is developing quickly, but fulfillment and logistics are the key bottleneck.”

360Buy said that it believes the logistic infrastructure is the “hardest loop” in the ecommerce chain, and its years of experience and investment have equipped it to address the issue on a national and industry-wide level.

According to Chinese market research firm iResearch, 360Buy has captured more than 50 percent of its segment of the country’s ecommerce market. While Alibaba’s C2C Taobao marketplace is often considered the darling of the Chinese online shopping industry, 360Buy has pursued a different strategy similar to Amazon by doing direct sales, which means that the company holds inventory on its own, as well as providing space for third-party vendors to sell to customers. Amazon, for its part, has been seeing steady growth with its local business, but it is still a relatively minor player the Chinese ecommerce sphere.

The current gold rush in the Chinese e-commerce industry has led to stiff competition among its players. In September, several of them, including 360Buy, Gome and Suning Appliance, dove into a price war that led to drastic one-upmanship on discounts.

Along with 360Buy’s successful growth, rumors have arisen that the company is planning an IPO, with several dates having been suggested (and passed). While the move would be a natural next step for it, the company has yet to announce any firm plans, though it has hinted at them.

Reports have also speculated that 360Buy is preparing to jump overseas with its business, but the company says that it continues to focus on the Chinese market, which is more than big enough in its own right. The company has launched an English version of its website, but it plans to market its export products mostly to overseas Chinese, rather than a full incursion into other markets.