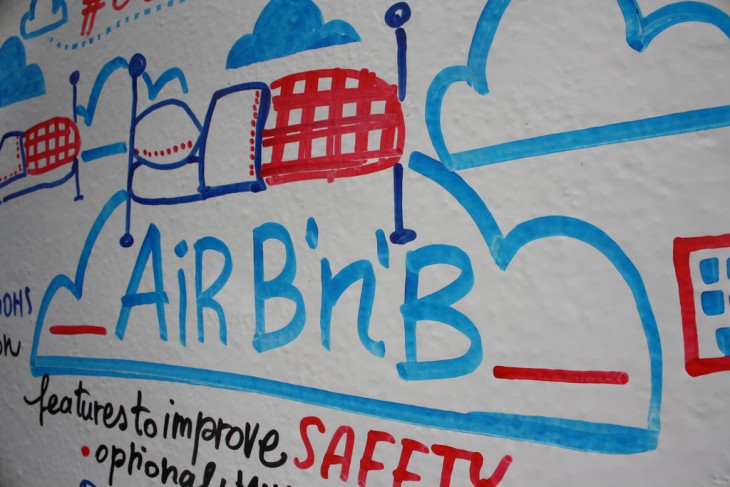 Last month Airbnb announced plans to launch local customer support offices in Asia and co-founder and CTO Nathan Blecharczyk recently shared its thinking behind that strategy, telling TNW that the company could easily hit 2 million properties in the continent.

Airbnb, which is by far and away the leader in peer-to-peer renting, boasts 250,000 properties worldwide, of which 20,000 are in Asia. Although it is already global, Blecharczyk believes that increased customer support in the continent — it is starting out with offices in Australia, Thailand and Indonesia — could see its property numbers rocket.

“We have 20,000 properties across Asia, it could be a lot more than that, it could be 200,000 or 2 million very easily in the future. We’re the best solution outside of Asia, there’s no other site that has such a broad selection, but one of the things we want to work on is increasing that 20,000 number.”

“We’re looking at the potential of the big travel hubs in Asia, which includes all the typical big cities as well as vacation destinations,” he explains, speaking in an interview fittingly held at an Airbnb-advertised apartment in Thailand’s capital city Bangkok.

The Australia presence is already launched, next Thailand and Indonesia will get a team of dedicated local customer support agents and a hotline for queries, all of which will go live by the end of the year. Blecharczyk says that the company is evaluating similar opportunities in other countries where it sees sustained growth and potential.

“Malaysia, Seoul, Tokyo, Hong Kong and Singapore are the kinds of places where we have lots of inventories and see lots of opportunities too,” he reveals, while the company is looking at options to base its regional HQ in Singapore.

Airbnb has deliberately picked its markets, and Thailand in particular, because the countries are seeing tremendous growth and are popular travel hot spots for both those in the West and East. Blecharczyk himself spent his honeymoon in Thailand.

“The numbers in Thailand — 1,300 properties, of which 400 are in Bangkok — are relatively modest, but the growth has been really big. We’ve seen a 275 percent increase in number of travelers there and it’s gotten to a point where it’s meaningful to invest further. This is happening because Thailand is such a well-known international destination,” he says.

No advertising or big media marketing campaigns are planned for Asia, but the Airbnb CTO believes that the same word-of-mouth dynamics that saw it grow in the US, will see it develop in Asia.

“In the early days, people from around the world came to New York and then, after using Airbnb, they went back to their countries of origin and took the idea with them. A lot of times the guests became hosts, they were telling their friends, and this created cross-pollination and quickly seeded the global market for us; we’ve had properties in Thailand and elsewhere from the very beginning.”

What of the local Asian imitators? Airbnb bought its way into the UK with the acquisition of Crashpadder but the chances of it picking up one of its clones in Asia, such as recently funded TravelMob, is remote, according to Blecharczyk.

“That’s not our typical growth model and was very specific to the Olympics, we knew there’d be incredible demand and wanted to support that,” he says, before explaining why he isn’t concerned about local competitors.

“Obviously our success has been very public and inspired people to open similar businesses. This is a service that works better at scale, we just have an order of magnitude and greater scale,” he says. “I think it’s going to be very difficult for anyone else to gain significant traction given our size. With that scale we’ve been able to provide and overall streamlined product — such as better customer support — it’s all around the consumer benefits.”

Airbnb is on a roll and half of the 10 million nights it has racked up have been book in the last five months. That’s led to rumors of a new round of funding, which TechCrunch speculates would value the company at more than $2 billion.

As might be expected, Blecharczyk offered no comment on the prospect of new investment. However, his optimism on Airbnb’s future in Asia gives the impression that the firm might well develop into a million billion dollar entity even if reports of that investment do come to nothing.

Read next: March of the Angry Birds. How Rovio is teaching Finnish startups to think big