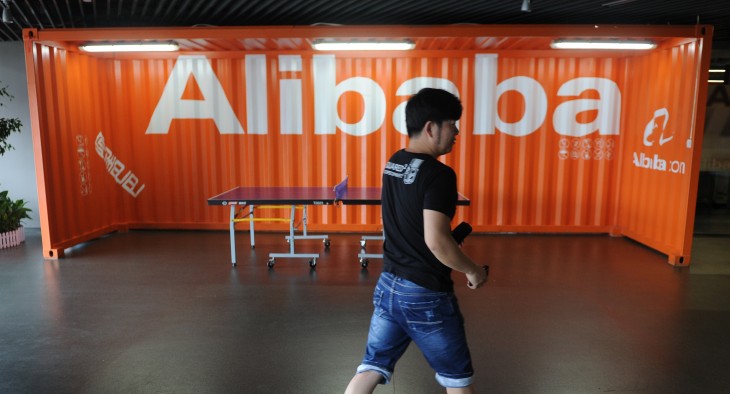 The company’s B2C site Tmall.com took in the bulk of sales (RMB 13.2 billion) and its C2C brand Taobao had RMB 5.9 billion during the 24-hour period. Alibaba says it played host to 10 million visitors alone in the first minute after midnight and hit RMB 250 million in gross merchandise value (GMV) in just 10 minutes.

We’ll have to wait a few weeks to see how US Cyber Monday, which takes place on the Monday after Thanksgiving, compares, but it looks like China’s day may be bigger this time around. Comscore estimates that Cyber Monday 2011 brought in a record $1.25 billion in sales for US web retailers. Last year’s shopping festival, which had the auspicious date of 11/11/11, brought in $833 million (RMB 5.2 billion) in sales for Alibaba.

November 11th was originally celebrated as Single’s Day, but Tmall rebranded it as the 11.11 Shopping Festival in 2009, asking retailers to offer discounts of more than 50 percent. Alibaba says the sale is timed to land in between the huge discounts that come during the October 1st National Day holiday and Chinese New Year. 10,000 brands reportedly participated in this year’s event, including foreign companies like Adidas, Nike and the Gap.

Opened for business in 2008, Tmall is one of Alibaba’s newer sites, but it has caught on quickly. Its GMV last year topped $16 billion (RMB 100 billion) and is expected to hit surpass $32 billion (200 billion) in 2012. That would mean Sunday’s sales brought in almost 10 percent of Tmall’s sales volume in just one day.

Alibaba has said it expects sales on its platforms this year to exceed those of Amazon and eBay combined. The company could soon face increased competition in China, as eBay plans to announce an initiative with luxury ecommerce player Xiu on Monday. China’s answer to America’s Cyber Monday shopping bonanza takes place on November 11th, and e-commerce giant Alibaba just saw a whopping $3.1 billion (RMB 19.1 billion) in sales on the day, up 367 percent from last year.