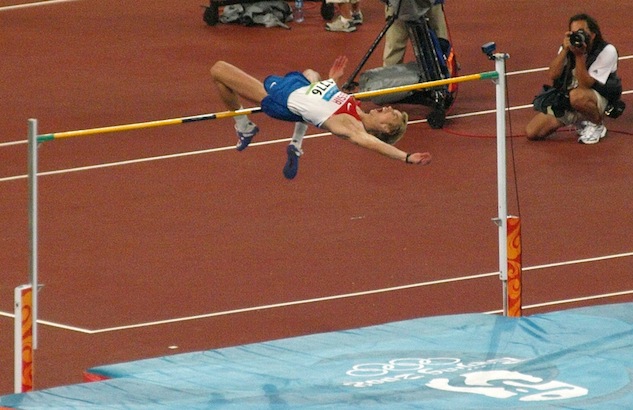 Chinese netizens have taken to the first “Social Olympics” with gusto, posting more than 100 million messages about the opening ceremony on microblogging service Sina Weibo on Saturday.

An official infographic from Sina broke down the specifics on the 119 million Olympics-related tweets posted as of 12pm on July 28. The image doesn’t specifically mention what criteria were used for the statistic, but it’s likely that the number includes retweets and comments.

As is to be expected, the vast majority of posts (more than 114 million) came from China. England’s showing of 2.4 million originating posts would have been good enough for a silver medal. The U.S. came in a close third with 2.38 million messages.

According to Sina, the information from all the posts adds up to 133 copies of the classical Chinese novel “Dream of Red Mansion,” which is notorious for its length. The graphic estimates it would take a person 27 years of non-stop reading to get through all of the messages.

For its part, Twitter saw 9.66 million tweets during the opening ceremony and went on to surpass the number of tweets sent during the first 24 hours of the 2008 games. The number doesn’t directly compare to Weibo’s 119 million, though, since the measuring methodologies for the two figures don’t match up.

During the hours of the opening ceremony, 24 million users were active on the service, up from 19 million the previous week. Considering that China hosted the previous Summer Olympics, it’s likely that Chinese netizens were interested in seeing whether the London’s opening outdid Beijing’s own.

Olympic videos from Sina racked up 49 million views. That’s 1.2 times as many views as “Voice of China,” a Chinese take on “The Voice” singing competition, has garnered on video site Youku.com.

It’s not immediately clear, however, whether the Olympics set a new record for posting frequency. In January, Sina Weibo peaked at 32,312 messages per second over the Chinese New Year holiday, beating out a previous record set in Japan on Twitter.

The social media aspect of this year’s games has actually caused trouble for the organizers. After network overloading disrupted the GPS units of competing cyclists, an International Olympic Committee spokesman asked spectators to “take it easy” on social media and entreated them to reserve network use for urgent messages.

Read next: Unable to compete with Samsung, HTC is closing its office in South Korea