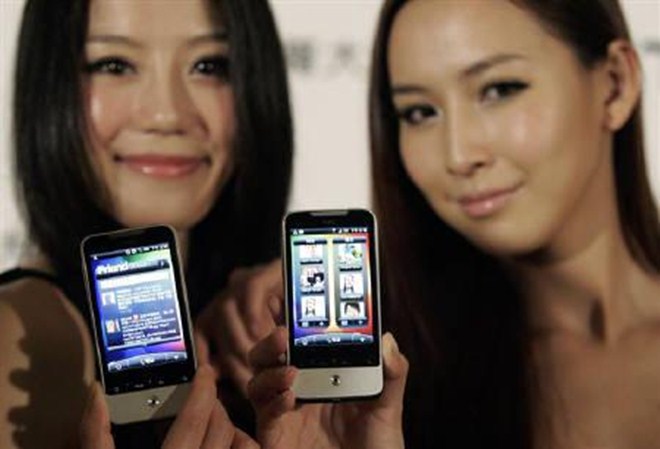 Smartphones are flying off the shelves in Taiwan where the industry is reported to have shifted 450,000 devices in December, an impressive 55 percent of all mobile devices sold in the country during Christmas month.

The figures, which were compiled by local channel operations and published by DigiTimes, are particularly notable when considering that Taiwan’s total population is just 23 million. Based on that statistic, almost two percent of the population bought a smartphone during December. That rate in the US would see 6 million smartphone sales.

As for market leaders in the country. Samsung, Apple and Taiwan’s own HTC are placed about evenly with each firm thought to account for 30 percent of Taiwan’s smartphone market.

Apple, which has seen its market share surpassed by Samsung in Australia and other markets, scored particularly well. Estimates suggesting that it sold 120,000 of its iPhone 4S devices, despite the fact that the phone was only released in the second week of December, with an initial stock of 30,000.

Pre-orders for the iPhone 4S broke national records when they topped 380,000 at the beginning of December but, as retail analysts had predicted, the actual number sold was considerably lower. This suggests that many Taiwanese consumers are holding out for the next version of the flagship Apple device, given the minimal changes between the iPhone 4S and its predecessor and Siri’s lack of support for Chinese languages.

Globally, smartphones reportedly account for just 27 percent of all mobile phones sold, according to research from Vision Mobile, while the rate drops as low as 19 percent in Asia, where Taiwan is a stand out exception. The country’s ratio puts it close to North America (where smartphones are 63 percent of new sales) and ahead of Europe (51 percent).