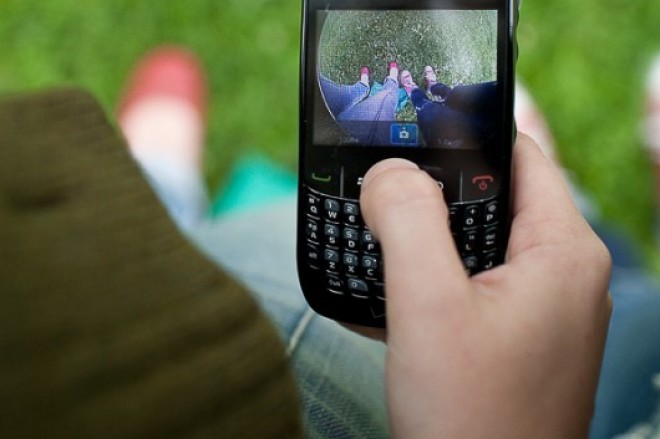 We’ve heard many stories that camera phones are changing the world, they’ve long overtaken standalone shooters on Flickr, for example, but in Japan it seems that the rise of the camera phone has seen an increase in complaints on voyeurism.

A report from Mercury News states that, according to Japan’s National Police Agency, 1,741 cases of illicit photography were reported in the country last year, that a 1.6-fold increase on the number reported five years ago, and a series of apps are being blamed for the rise.

One third of the incidents are reportedly from photo taken by smartphones, according to a police spokesperson, who suspects that the grown of silent camera apps — which remove the shutter sound that plays when a photo is taken — has given wannabe voyeurs an ideal way to grab sneaky shots.

Indeed, one particular app appears to be geared towards allowing pictures to be taken discreetly, as the article explains:

The latest applications include “upgraded versions” that enable people to silently take photos while an email or website is displayed on the phone’s screen to provide cover for the surreptitious picture-taking.

An information security expert from Keio University, professor Keiji Takeda, believes that the situation must be addressed:

There are limits to legally regulating smartphones whose settings can easily be changed. From a corporate ethics viewpoint, we shouldn’t ignore the fact that they’re being misused for crimes. We need to consider guidelines for screening and putting apps on the market.

It is worth pointing out the uniqueness of Japanese culture before people go away thinking that all smartphone wielding Japanese are snapping illicit pictures. On the subway, for example, respect for fellow citizens is such that talking on a phone is largely a taboo, you may see a couple of people take quick calls and using their hands to cover their ‘crime’. Yet, in the midst of this, men read comics or magazine containing ‘less suitable content’ which is ok to show in public.

While Japanese social norms are one thing, candid and voyeuristic photos are a complete breach of privacy and this is clearly an issue in the country.

Japanese manufacturers claim that the silent camera option is not the issue, and that it is the way that people use it which is the real problem. However, clearly an app which helps take secret photos is encouraging the problem. It seems likely than action may be taken over specific apps, as an outright ban on using camera silently would be ludicrous, not to mention near impossible to impose.

Of course, most of us genuinely have a need for a silenced camera, how else would I be able to snap photos of the sardine-tin commute to work without looking like a tourist?

Read next: Stop whining and start 2012 off with zero unread emails