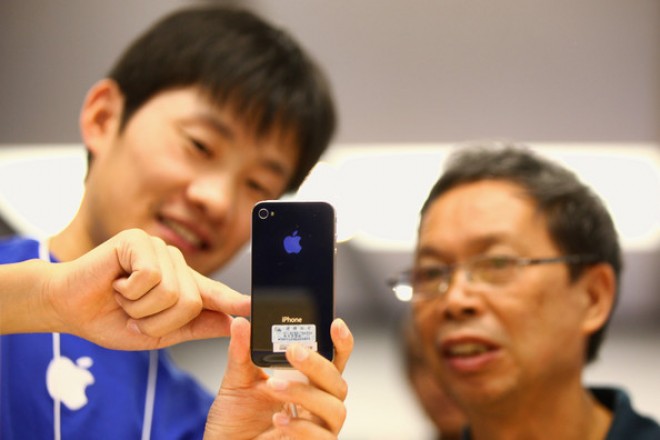 China has overtaken the US to become the world’s largest smartphone market for the first time, according to new research, reported by Bloomberg.

Data from Strategy Analytics shows that, over the last quarter, smartphone shipments to China have grown by 58 percent to reach a record 23.9 million units, that’s compared to the 23.3 million devices that shipped to the US, which represents a drop of 7 percent.

Tom Kang, Director at Strategy Analytics, puts the change in leadership down to the increased availability of devices in China, thanks to the emergence of affordable smartphones:

China’s rapid growth has been driven by an increasing availability of smartphones in retail channels, aggressive subsidizing by operators of high-end models like the Apple iPhone, and an emerging wave of low-cost Android models from local Chinese brands such as ZTE.

Despite Android’s rise, it is Nokia that leads China’s smartphone industry with a 28 percent share of the market. Over in the United States, Taiwanese firm HTC is the top smartphone manufacturer with 24 percent market share.

It is worth noting that iPhone shipments to China were deemed too minor to be broken out specifically, as the full breakdown of both markets’ shipments below, courtesy of Mobisights, shows.

Although the data shows that demand for mobile devices is higher in China than it is in the US, which was always likely to happen at some point given the sizeable difference in population, the American mobile market remains the more lucrative of the two.

Average consumer usage of additional services in the US is considerably greater than in China where, for one thing, applications are often download from unofficial sources, with a high percentage available for free.

Things are beginning to change however, with Apple recently introducing local payments and China Mobile opening its app store to users of all networks in the country, but still it remains to be seen if Chinese consumers will ever be as free-spending as their US equivalents.

This isn’t the first instance of a Chinese market outgrowing the US. PC shipments to China overtook those of the US for the first time during September, according to IDC data. However, the analyst firm speculated that the upcoming US holiday period, combined with the Chinese market’s typically quiet end to the year, would see the US return to the top spot by the close of 2011.

Read next: Bambuser to be used to monitor upcoming parliamentary elections in Egypt