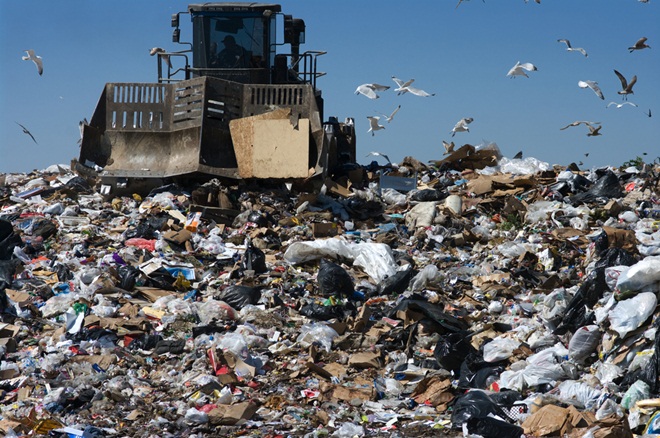 Imagine what life would be like if all public trash cans automatically compressed the trash inside them. If the compressors were powered using solar energy? And the units could let city services know when they were full and ready to be collected?

That vision of the future is not so far away from South Korea where local startup Ecube Labs is working hard to turn its ideas into reality for trash cans around the country.

Soon-beom Kwon, who founded the environment-focused startup with a group of fellow students, came up with the idea after noticing bins overflowing with trash everyday. Figuring that the answer was to reduce the volume of trash in the bin, he investigating the possibility of using a solar-powered compressor.

During the market research stage of developing the idea, the team was surprised to find that a similar concept existed in the US. However, they continued with plan and refined their idea into a product that could bring the concept to reality.

The “smart bins” are equipped with solar panels and batteries which can operate for up to five days once fully charged. Waste is compressed to a fifth of its original size which allows the bin to hold a lot more than its usual capacity.

As it utilises space more efficiently, a smart bin need to be emptied less often which reduces the pollution created by garbage trucks that come to collect it. Each bin is equipped with a 3G transmitter which provides sanitation workers with a real time alert when it is full through a smartphone application that also displays its location.

Commenting on the product and benefits of the technology, Ecube Labs said:

The company is currently preparing a prototype model and plans to start trial operations within this month near Gangnam Station, the busiest subway station in Korea. The smart bins are expected to cost around $1,300-$1,700 but, as Kwon says, over time they have the potential to pay for themselves:

After three years the bins will actually end up reducing costs. We intend to offer a range of purchasing options for local governments who find the initial cost too much.

If the venture proves to be successful there is no doubt that everyday citizens will benefit from the system. While the situation has recently improved, Korea is well known for its lack of trash cans in public places due to commercial dumping and terrorism concerns.

Read next: Samsung scores early hearing in patent row with Apple in Australia