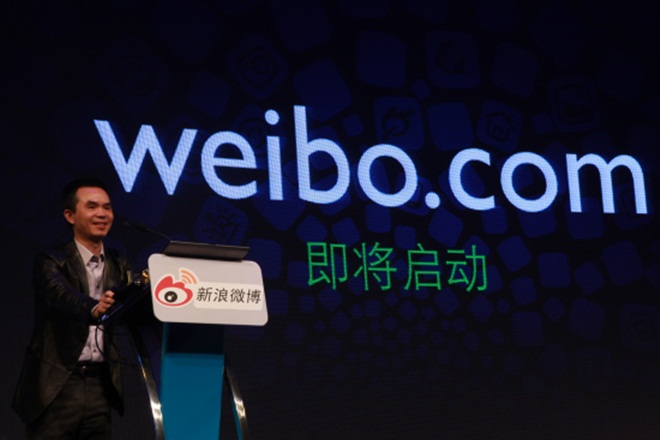 This week has been a particularly eventful one for microblogging in China after the total user number of the country’s biggest services passed 550 million, all while the government continued plans to further crack down on the space.

According to statistics from both companies, Tencent Weibo now has 300 million members [via Kai Lukoff] while Sina Weibo has 250 million [via iChinastock].

Like data for any website or online service, these figures represent the total registrations and do not reflect the number of active users of either company. It is likely that Sina has more active daily usage as it has grown into the overwhelming popular choice for microbloggers in the country.

If you’re looking for a comparison with Twitter, it claims to have “200 million plus” users, according to Sociable, although data from Twopcharts suggests it could have as many as 400 million and counting, thanks to a furious growth rate of seven new members per second.

Unlike Sina Weibo and Tencent Weibo, where large numbers of fake ‘zombie’ users cloud the accuracy of its user base, Twitter has the unique distinction of attracting large number of users that are not members, as it revealed in March:

Twitter is also getting 400 million unique visitors a month total, this points to a huge number of users that visit Twitter just for information without participating. “The 400 million monthly uniques number shows that people are getting value out of Twitter without logging in,” said [Twitter CEO Dick] Costolo.

Either way, the fact that microblogging has grown into a space with more than 550 million registrations shows just how significant it is. Regardless of daily activity rates and fake users, raising a total user base in excess of half a billion is no mean feat.

The significance of the medium was further illustrated this week when the Chinese government announced plans for another crackdown on Internet services, and particularly social media sites, after reaching an ‘agreement’ with 10 of the country’s top Internet firms.

The new initiative continues with the state’s desire to prevent the spread of “harmful information”, a term whose ambiguity was demonstrated as Sina and the Chinese government worked to remove any evidence of a high-profile campaign this week.

Search terms relating to a social movement aimed at raising funds to help pay a $2.3 million tax bill levied on prominent government critic Ai Weiwei were censored, while the artist’s Weibo account was also deleted, but still the campaign was the top talking point amongst Sina Weibo users.

Most likely in response to the furore around the incident, and the earlier announcement of new censorship, the man behind Sina’s ‘rumor control’ team spoke for the first time about how it keeps the Chinese web “unpolluted”.

Opening up to those outside of China

From a western perspective — censorship aside for a minute — the growth of China’s Weibo is increasingly important as more brands and companies look for an point of entry into China’s lucrative markets.

Access for non-Chinese uses is growing after Tencent introduced English-language compatibility for its Weibo service — which already features a number of western celebrity users — while a rumoured English-version is rumoured to be in the pipeline for Sina Weibo. Rather than competing with Twitter, the introduction of English access is a move to open the platforms (and thus the Chinese web space) to western firms, at least for Sina which revealed its intentions to Chinese tech blog Technode.

While 550 million plus microbloggers in China may seem a whole different world way to many in the west, the influence and usage of Weibos (and Sina in particular) is likely to go beyond the boundaries of China and its Great Firewall of censorship.

As the following infographic from Penn Olson shows, Weibo is a word that those outside of China will need to get used to as it is huge.

Read next: Apple matches $1.3 million’s worth of charitable employee donations