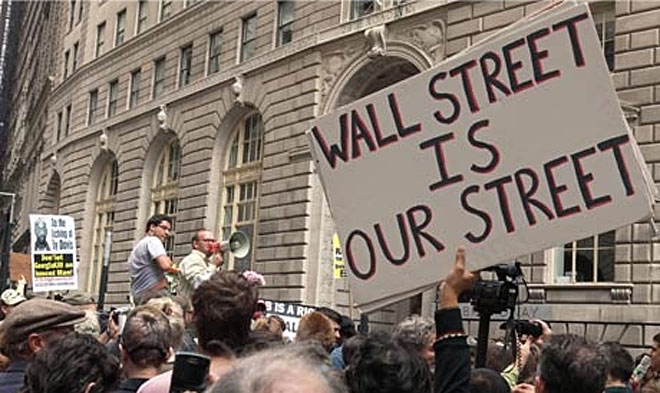 A leaked list of search terms which the Chinese government is ordering the country’s microblogging services to block has surfaced showing the regime’s fear of protests following those in Wall Street.

The list, obtained by China Digital Times, shows the Chinese government’s keenness to restrict the possible viral spread of any civil protests by blocking key hashtag keywords from appearing in search results and as trending topics on weibo (micoblog) sites in the country.

The majority of the terms are centered around potential protests in China’s provincial capital cities:

The Chinese government is well known for adopting a heavy handed approach to monitoring information published on the Internet, however the growth in weibo in the country has tempered the extent to which it can block content outright.

The government censors search terms on occasion for Sina, Tencent and other weibo services in the country, in a bid to restrict the potential flow of information across microblogs. Most services have ‘content management’ teams to help skirt potential issues, while other sites – such as Kandian, Sina’s new Kandian social video service – manually authorise all content before it goes live.

The Chinese government has been frustrated as the growth of microblogging in China, which are estimated to have more than 400 million registered users. News and developments commonly circulate through weibo services, giving the state little opportunity to control information in advance of it reaching many members of the public.

Last week, Twitter co-founder Jack Dorsey voiced his frustration that the company is “not allowed to compete” in China. It remains to be seen how Twitter, which CEO Dick Costolo labels “the free speech wing of the free speech party”, could work alongside a regime that enforces search censorship and is plotting to remove anonymity from microblog users in the country amongst other initiatives.

Read next: MovieCat! is an iOS trivia game with an entertaining cast of characters