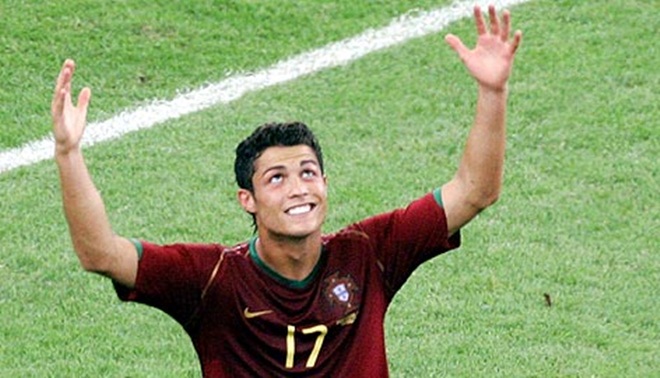 Though Twitter is the microblog of note for most of the world, the service is blocked in China leaving the weibo (“microblog”) services offered by Sina and Tencent to battle for the market.

Tencent’s weibo has seen huge growth in users this year, with the company now reporting that it has 233 million registered users, that’s an increase of 33 million since June alone, as iChinastock reports.

Sina, which launched an interactive online video service last week, is thought to have more than 200 million registrations making both giants around the same size on figures. However, culturally Sina is the preferred choice for many in China.

To redress the balance, Tencent is known for paying high profile Chinese celebrities to join its version with aim of establishing new users. Could money be the motivating factor for former Manchester United man Ronaldo?

Given that the English version of the Tencent weibo was launched last week, there is little doubt that Ronaldo’s involvement is a marketing move with benefit for both parties. Joining the weibo provides the player with a platform to market his personal brand to the lucrative Chinese market, while Tencent gets a high-profile western ambassador who is crucially not using rival Sina’s service.

It is not clear if Ronaldo is being paid by Tencent but, as Steven Millward at Penn Olson notes, the Real Madrid star does look to have official backing from Tencent as a photo of him holding the company’s penguin mascot appears within the first entry on his profile page, alongside a marketing video.

Ronaldo is not the first football player to start microblogging in China. Argentine Lionel Messi, the star player at Ronaldo’s arch rival club Barcelona, has more than 13 million Tencent weibo followers who subscribe to his dual Spanish-Chinese messages.

The explosion of microblogging in China has made profiles on Sina and Tencent a popular strategy for western celebrities looking to get a foot into the country. Actor Tom Cruise, singer Sean Kingston and the Indian Embassy are three examples of non-Chinese users.

Unlike Sina, which has grown hugely organically, on the most part, Tencent weibo is structured around and leveraging its hugely popular QQ instant messaging service and other products, as TechRice explains.

Tencent already has a host of social products from QQ, with it’s 700 million registered users, to QZone, a nickname-based personal spaces, and PengYou, a real name SNS. So the last thing Tencent really needs is to focus too much on one product. So Tencent weibo is more like a social aggregator.

Rather than appealing to native English speakers in Twitter dominant market, the English version of Tencent weibo may well be aimed at more local users in Asia who do not read Chinese.

As TechRice notes, the English weibo is not likely to be a outgoing ‘Twitter killer’, but more an opportunity to welcome non-Chinese Internet users into Chinese weibo space.

Read next: Microsoft explains why “it’s a great time to be a family” in new ads