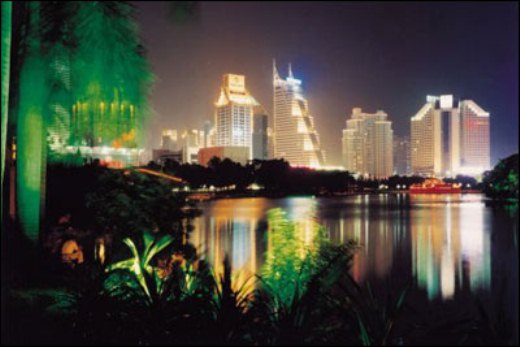 The enterprise edition of China’s hottest microblogging service allows brands, companies, celebrities and causes to modify their profile page with videos, polls, and other advertising functions.

Companies will be able to combine related Weibo accounts, such as the company executives and customer service representatives, and put them into one single platform. It also comes with an analytics tool that tracks user interactions.

It closely resembles a Facebook page, but is seamlessly integrated with the functions of Weibo. It seems like the copy first, innovate later strategy of Chinese Internet companies is at play here and it looks impressive so far.

The first enterprise account made available for public viewing is the Kuai Shu Bao online bookstore, which according to iChinaStock, earns 40% of its revenues from its Weibo page.

Interestingly, the beta launch can also be regarded as a trial for e-commence on the Weibo platform, seeing as The Kuai Shu Bao profile page also features an external link to a Weibo application that allows users to order food and other products via Weibo.

To know more about Sina Weibo’s Enterprise offering, you can visit the introductory page explaining the new services (in Chinese).

Dubbed initially as China’s Twitter clone, Sina Weibo has far surpassed the U.S. microblogging service in terms of features. Furthermore, the Chinese company is already preparing an English version of their site to go directly head on against Twitter itself, a first for Chinese social networking sites.

The enterprise edition of Weibo is free for now, but Sina plans to charge for various value-added services in the future.

Read next: Apple's back to school promo to replace free iPods with $100 iTunes Gift Cards?