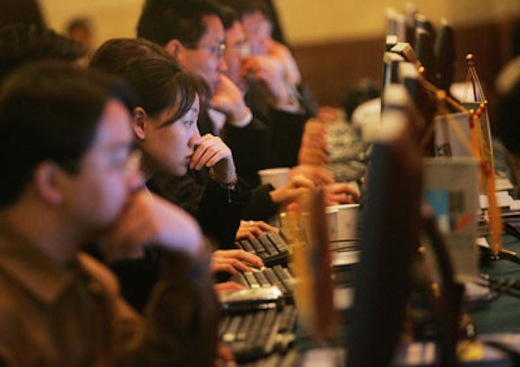 China’s government is coming out with new measures to control the ability of citizens to acquire domains and setup personal sites, and to block hundreds of sites that offer illegal downloads of music, films, and video games.

In what appears to be another upgrade of the government’s already strict control of the Internet, Chinese authorities contest that the stricter controls are intended to protect children from pornography, limit piracy, and to make it hard to perpetuate Internet scams.

Under the new controls, more than 700 pornographic and copyright infringing websites have been shut down. Individuals have also been banned from registering domain names ending in .cn, which is now now limited to registered businesses in China.

Huang Xiwei, the founder of BT China, a Chinese file-sharing site that was blocked after the new controls were implemented, criticized the move saying:

“Not just film and video sites are affected. All websites owned by individuals will gradually exit the arena. All paths leading to a future have been blocked.”

Additionally, the government also demanded that cellphone companies prevent transmissions of online pornography, which China Mobile responded to by suspending its practice of allowing third-party providers to sell content over its cellular network, impacting the industry.

Instead of becoming more open, Rebecca MacKinnon, an assistant professor of journalism at the University of Hong Kong, believes that the trend in China is toward tighter and tighter control.

“They are basically improving their censorship mechanisms,” she said.