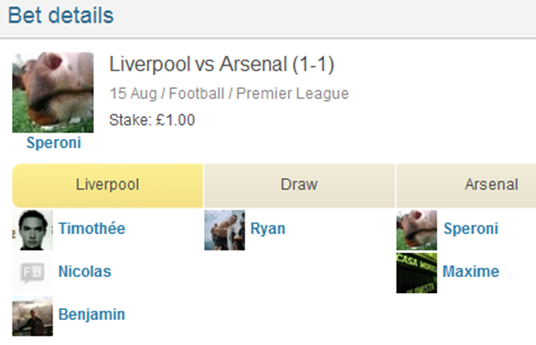 The tech scene in China is unlike anything around the world — what’s surprising is that despite its uniqueness, it’s a model that is proven to work. Chinese entrepreneurs, despite mostly focused only on China as compared to foreign tech companies looking to expand globally, see plenty of potential for growth, and that’s what we’re interested in finding out.

Niklas Zennstrom, co-founder of Skype, believes that China is a well-functioning market for tech startups. “There is lots of capital and talent. It is a fast-growing market, and there are markets for public offerings.”

What makes it so intriguing? Let’s take a deeper look.

Dealing with the Great Firewall

First and foremost, it is a given that Chinese startups need to adhere to the imposed Internet censorship called the Great Firewall. It’s what all Chinese startups, even veteran Internet companies, have to deal with — coming up with new products whilst working within the system.

This may be a hard concept for foreign Internet companies that are used to free speech to grasp. Over the years, the Chinese have instituted a formidable culture of self-censorship mainly because in one way or another, they believe in its value and are still able to enjoy the Internet despite the restrictions.

The government, although supportive with initiatives that aid Internet startups, can be a bit too meddlesome. It has recently introduced more regulations for the Internet, effectively bringing the Chinese Internet under more regulatory control.

Kai-Fu Lee, the former head of Google China, pointed out that many Chinese startups aim to replicate the success of foreign Internet companies.  In a strategy coined “copy now, innovate later,” pure copies of foreign companies are no longer viable. The latest generation of Chinese entrepreneurs are pushed to figure out ways to integrate and optimize foreign ideas for the local market, thus the innovation.

Copying in China is not only tolerated but actually supported as well. Lee runs Innovation Works, which functions as both a venture capital fund and a startup incubator compared to venture firm Y Combinator, investing in Chinese companies in the mobile Internet space. Two social network clones in China, Zhihu (知乎), a Quora Clone, and DianDian (点点), a Tumblr clone, have both recently been adopted by the startup incubator, providing hosting, mentoring, and funding.

As Baidu Spokesperson Kaiser Kuo puts it, a “Silicon Valley” requires many things — from schools, research institutes, sources of capital, law firms and accounting firms — and Beijing seems to fit the bill.

There’s also an important cultural component to it, of course: when so many of your peers–your schoolmates, people in your age cohort or what not–have gone out and founded successful companies, or at least had a hell of a ride trying, it’s just more likely that you’ll feel the better about taking on that kind of risk.

He said that Beijing has got the strong tech schools (Tsinghua, Peking University, Beijing Polytechnic), a strong PE/VC community (Beijing-based funds, or Sandhill Road VCs with Beijing offices, are still originating like 70% of the deals in China), placement companies, law firms that do mergers and acquisitions or know how to structure companies for overseas listings, the major accounting firms, and the community of second-time or even third-time entrepreneurs.

Chinese startups are not exactly threatened by foreign Internet companies. Kai Lukoff explains that they definitely have an advantage because in China, foreign tech companies seem have a capped success in China to become 2nd place at most, which is evident given there is not a single case of a foreign internet company that is leading a big consumer market in the country.

An example of this would be Google, which despite being the market leader for search globally, only holds a 19% share in China, far behind the Chinese market leader Baidu, which controls 75% but only in China.

What’s interesting is that most competition in China comes from within, with the Big 4 — Tencent, Alibaba, Sina and Baidu — taking center stage. Calvin Ching, founder of Chinese startup Qifang, observed that the Chinese market for startups is growing so fast, is so competitive and is characterized by so many unfair advantages for the big players, that local entrepreneurs have no choice but to roll with the political and market changes.

Chinese tech entrepreneurs simply don’t have the option of not tapping into the China market. It’s what they know and where they have their best shot at success. Lucky for them it also happens to be the biggest Internet and mobile population in the world, with 470 million and 900 million users respectively.

The Globe and Mail reports that of the 11 new entrants in the BrandZ Top 100 ranking, five are Chinese, making it a total of 12 Chinese brands in the Top 100. Based from these numbers, one could conclude that China is on the verge of becoming a globally recognized brand powerhouse. However, Adrian Gonzalez, head of Greater China at Millward Brown, comments:

“The big reality is: these are still Chinese, not global, brands. Most of them are in there because of the scale they have in China.”

This does not make the Chinese companies any less successful, rather it can be seen as a huge opportunity for growth and expansion.

Certainly, the series of Chinese Internet companies filing for IPO in the NYSE is starting to create buzz. There are some that have tasted success despite not being available in English even, which gives hope to the Chinese startups dreaming to go big one day.

Read next: Bitcoin, the Peer-to-Peer Currency that Hopes to Change the World