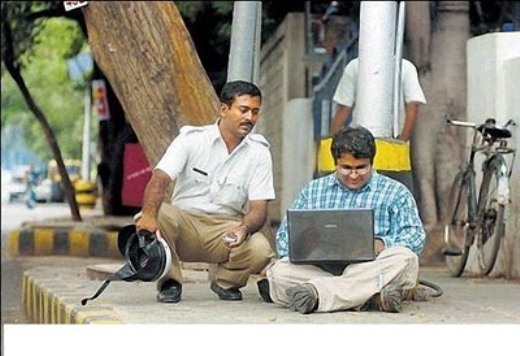 Apple fanatics from India have been keeping their fingers crossed with hopes that the Cupertino giant is putting an end to its “shoddy treatment of the Indian market”. Things seem to be getting better as reports suggest that Apple may announce the release date of iPad 2 in India “in just about a couple of weeks.”

Indian tech blog Silicon India describes the country as “a dumping ground for leftover products by Apple, be it the iPhone or the iPad” after Apple partners are said to have expressed unhappiness about how the original iPad was launched in the country 10 long months after its US release. Similarly, there is still no sign of an official launch of the iPhone 4 in India, which was released in June of last year. India’s leading telecom operators Airtel and Vodafone have previously announced that they would bring the smartphone to India in September-October 2010 but until today, nothing has been officially announced yet.

The iPad 2 has already been launched in the US, and will be launched in several other countries on March 25 with India still missing from the list. Apple has not yet confirmed any release date, but an unnamed senior manager at a leading Apple partner has informally revealed that the company is working on a launch date to be announced in just two weeks during a meeting held in New Delhi last week. The source added, “iPad 2 launch figured prominently at the meeting and most partners were urging Apple’s management to intimate them about the launch in advance so that they can draw up sales strategies.”

The India launch of the iPad 2 seems even more feasible now because Apple has been promoting the iPad 2 on their Indian website, which the company never did for the original iPad. Likewise, there have been rumors going around that Apple will be launching the iPhone 4 in India “within a month” with the state-owned telecommunications company BSNL as the exclusive carrier.

Nevertheless, given the mature mobile phone industry in India, currently at 752 Million customers with over 40 million subscribed to mobile Internet, it might be about time that Apple identifies the south-east Asian country as a solid market for its products.