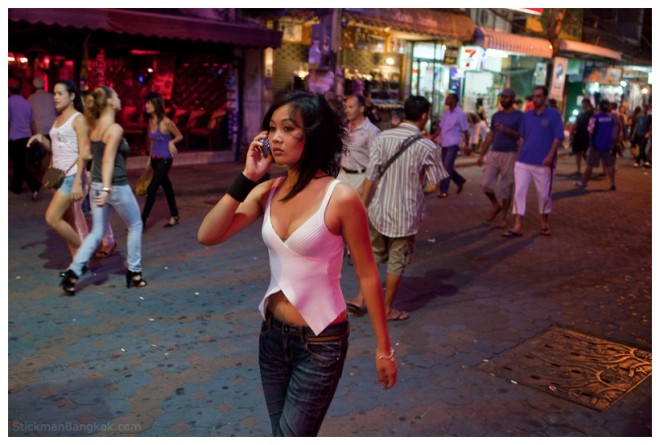 According to True Corp assistant to the president and CEO, Papon Ratanachaikanont, Thailand had the largest amount of iPhones shipped to any country in Southeast Asia in December last year. This momentum, however, is likely to be disrupted due to the uprise of budget Android smartphones coming out this year.

According to a Bangkok Post article, Software Park director Thanachart Numnonda believes that BlackBerry users are likely to decline because of its focus on business, especially with the surge of more consumer-centric alternatives like the iPhone and Android. Even though he believes that the iPhone can still hold on to its market leader position, Google’s Android will undeniably witness a drastic surge because of the new handsets, including buget-priced handsets from China.

“Heavy competition will lower smartphone prices at least 20%,” predicted Opas Cherdpunt, the managing director of M Vision. Several manufacturers will introduce Android-based smartphones ranging from 6,000-12,000 baht (which is around $200-$400 price range). This includes the Thai local brand Spriiing Telecom, which has entered the smartphone market with their very own Android device.

As more and more people from Thailand are getting hooked on the Internet and social networks, we can only expect the number of smartphone users to continually be on the rise. The decline in smartphone prices is definitely a good sign for budget-conscious Thais who wish to bridge the digital divide, an effort that will most likely be driven by Android this 2011.

Read next: Almost 90% Of Android Devices Run Android 2.1 Or Above