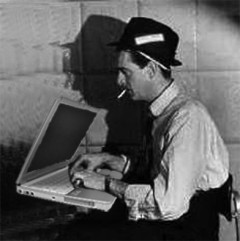 Baidu, China’s “Google” so to speak, has announced the development and expansion for more social networking services to keep its strong momentum and dominance in the Chinese Internet landscape.

According to Chinese blog Techweb, Baidu CEO Robin Li announced that the company will develop more social networking services during the Q4 FY 2010 earnings conference call. This move was reportedly Baidu’s plan to challenge Tencent, which currently has a strong footing in social networking, e-commerce, and online gaming in China.

With social networks such as Facebook and Twitter booming worldwide, this is the Chinese company’s chance to gain momentum and establish their position while the popular social networks are still blocked behind China’s great firewall. It may also be a business strategy as more talks have been going around about Facebook’s arrival in China. Regardless, it will definitely bring a fresh, new source of income for the search giant.

Li said that Baidu hopes to get more of these social services revenue by capitalizing on the huge commercial value of social products, as evident with the success of other social networking services. It all makes sense as Baidu has already established a commanding lead in the Chinese search market with a share of 75.5%. The next logical step would be to diversify, and going social seems to be the right direction.

Similarly, Google, which dominates the search market globally has been expanding more into social as well.

Read next: Rounds' Facebook video chat gets a randomizing feature and more