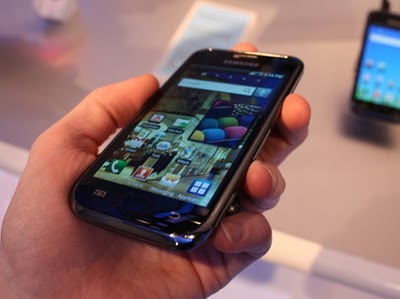 According to a report from Digitimes, Samsung Electronics will focus on its line of smartphones in 2011 to increase its overall market share for handsets to 30%.

Samsung is currently holding a 20% market share in terms of volume and 15% in terms of value, which is still behind HTC and Nokia. They are leading, however, in CDMA models with a market share of over 30%, according to sources.

Samsung has a robust lineup of smartphones lined up for 2011 carrying Android and its in-house operating system Bada, and will later on release Windows Phone 7s in Chinese by the second half of the year. Aside from this, the company will also launch new feature phones to increase its sales volume. They identified that a lot of Taiwanese users have two or more mobile phones, and hope to capitalize on this by introducing more dual-sim and dual-mode phones to cater the demand.

Samsung Taiwan will launch the Galaxy S i909, an Android GSM/CDMA smartphone for Asia Pacific Broadband Telecom, by February 2011, which supports the telecom carrier’s EV-DO network.