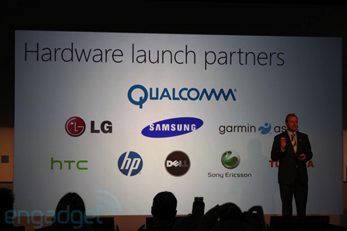 China’s Internet is understandably abuzz over the awarding of the Nobel Peace Prize to imprisoned dissident Liu Xiaobo. However, the discussions are being highly whitewashed by China’s censors, with discussion posts taken down and apparently the search function of one of China’s biggest microblogging sites all but disabled.

China Digital Times has published an order from the “Ministry of Truth”, the nickname for China’s state-controlled propaganda machine:

The latest directive from the Central Propaganda Bureau: “Standard copy on Liu Xiaobo winning the Nobel Peace Prize has been approved for distribution, but all media outlets are not allowed to publish it.  This includes all print and online media.”

The Office of Information of the State Council has issued a directive regarding Liu Xiaobo winning the Nobel Peace Prize: Set into place the prohibited words on all micro-blogs; on-line forums, blogs and other interactive platforms are all forbidden from transmitting them.  The Xinhua News Agency will shortly circulate copy.

One measure that those in support of Liu’s award are using, is to use a code name for the Nobel Prize, calling it the “Gunpowder prize” according to Danwei.org founder Jeremy Goldkorn, though how effective this code is at averting the censors, we’re not sure:

Of course, the “gunpowder prize” refers to Alfred Nobel, who invented dynamite.

Also, Goldkorn says that Sina Weibo, one of the most popular Twitter-clones in China, has apparently seen its search shut off for all but username searches according :

Here’ one, however, that I haven’t seen before from the censors: Rebecca MacKinnon of Global Voices retweeted this out – filtering out transliteration of SMS between Chinese cell phones:


Though it is getting pretty late in China now (2:30am at the time of posting) we’ll continuing updating as news comes in on this developing story.

UPDATE: China Digital Times has translated some tweets on reactions of Liu winning the prize.

UPDATE 2: Global Voices has an excellent article both the censorship and police actions since the announcement.

Note: the thumb image is from HK, not Mainland China, with Nobel Peace Prize winner Liu Xiaobo pictured in the sign.