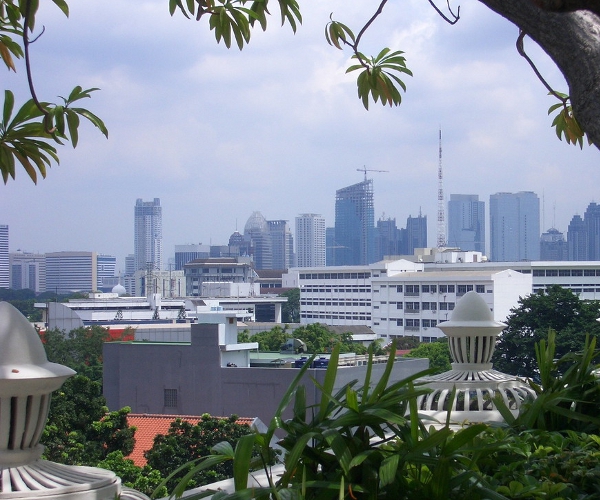 Google has a busy week in Jakarta. With events on every day of the work week, Google is looking to make inroads in Indonesia, taking the same route that Yahoo did with a high-profile entrance into the country in 2008.

One example of how serious Google is about this week: we heard that 30 of Google’s 120 Singapore-based staffers flew to Jakarta for the week-long events.

On Tuesday afternoon, Google and AdMob held an event called ThinkDigital in Central Jakarta. It was essentially a seminar promoting the benefits on online advertising through AdWords and AdSense. At hand were company representatives, digital agencies, bloggers, the media, and several high-profile public figures.

Many Indonesian companies, even large conglomerates and local offices of international companies, are wary of the online world, mostly seeing the Internet as a place where their employees run away from their duties at work, especially now with the proliferation of Facebook and to a lesser extent, Twitter.

The local colloquial expression of going online is, “to play on the Internet,” which labels the Internet as mostly a time-waster. While that’s arguably true, it means Indonesian companies are dismissive of the idea that the Internet can be a serious business.

To many Indonesian companies, the idea of spending a portion of the budget, even a small one, to run an online campaign is still foreign and, at best, fraught with reluctance or apprehension as companies have yet to see the equivalent of a formal collection of results the way Nielsen collects data from print, TV, and radio.

Ilya Alexander of Narrada Communications lamented this reluctance by a number of his clients as his studies so far show that online campaigns can offer a better cost-to-benefit ratio than traditional campaigns. Several companies, however, have been testing the waters of online marketing through Facebook Pages and engaging high-profile individuals with popular Twitter accounts to promote their products or campaigns.

It remains to be seen what kind of fruit Google’s approach to Indonesia will bear as Yahoo ran a similar event almost exactly two years ago called the Yahoo! Purple Hour, though of course, the Indonesian online world has dramatically changed since. Yahoo’s Indonesia country lead, Pontus Sonnerstedt, back in 2008, was mulling about holding repeat events depending on the result of the first one but no such follow up occurred, at least not publicly.