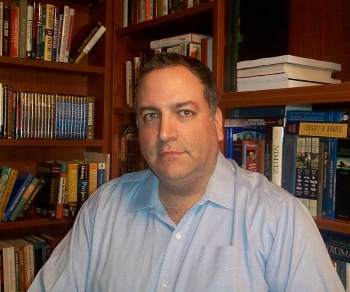 David Wolf, a well-known China business expert, author and blogger at Silicon Hutong, nailed not only most of what the iPad turned out to be, he also actually suggested the name “iPad” in a post he wrote in 2007.

We checked with Wolf before writing this up to make sure it was real, and he assured us that it was. It’s really extraordinary stuff. He starts out by saying, “What I will do…is frame out the device that I want Apple to deliver..I will call it ‘iPad'”.

Getting the name down is amazing enough, but Wolf goes onto basically nail most of what the iPad is today (and frankly the things he says the iPad should have and it doesn’t are the main complaints about the iPad). Paraphrasing this would do it injustice, so here it is verbatim:

The iPad would be a tablet Macintosh, running OS X Leopard and all of my critical software. It will not only have superior pen input options, it will also have the multi-touch interface from the iPhone. Mouse? What mouse? Use the pointing device G-d gave you. Want to type? Click an icon and a touchscreen keyboard pops up on the lower half of the screen, allowing you to type away directly.

The device would be no more than 1″ thick, and probably thiner – maybe 25mm – so it would be comfortable to tuck under our arm. iPad would have a 40gb solid-state hard drive (no moving parts, low power drain, fast startups) for the operating system and your applications, a standard 120gb hard drive (usually spun-down) for saving files, and a DVD-ROM drive. Write on it. Draw on it. Watch movies on it. And count on 4-5 hours of battery life. Carry it all with you into a meeting, use it the same way you would use a legal pad.

iPad would be a communications monster, with bluetooth, wi-fi, and a 3G mobile phone built in so you are connected by every conceivable means, and the device will serve as a voice communicator as well. Underneath the long-life battery would be a spot to slide in a SIM card so you can use the operator of your choice when you travel. A built-in camera and all of the usual connection ports would be there as well, of course.

Really, we dare anyone to write a post today that will be more accurate in three years time about a product that might not even have been in Steve Jobs’ mind then – for all we know, Jobs might have even read this at some point. What do you think, should Wolf get a cut of iPad sales?

Read next: Unfortunate business names, round 1.