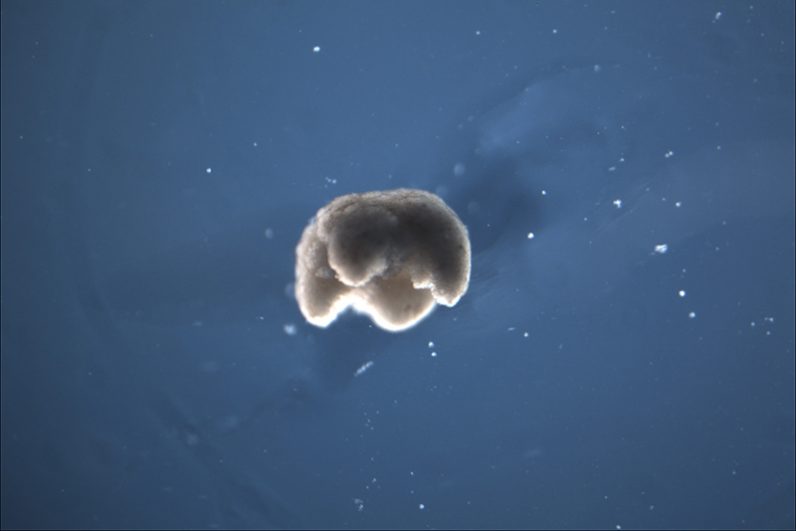 Straight out of the 1990s and the plot of Jurassic Park, a team of scientists have successfully created an entirely new life-form using stem cells derived from frog embryos.

The new species is called a xenobot and it’s unlike anything else in nature. The researchers call it a “living robot” because, though it’s made entirely of organic material, it’s not so much grown as “developed.”

Joshua Bongard, a researcher from University of Vermont who co-led the research, said:

These are novel living machines. They’re neither a traditional robot nor a known species of animal. It’s a new class of artifact: a living, programmable organism.

Xenobots are made using an artificial intelligence system that relies on, aptly enough, evolutionary algorithms. The scientists program the cells using a supercomputer at the University of Vermont and then researchers at Tufts assemble the creatures and… life finds a way.

Per a press release from University of Vermont:

Assembled into body forms never seen in nature, the cells began to work together. The skin cells formed a more passive architecture, while the once-random contractions of heart muscle cells were put to work creating ordered forward motion as guided by the computer’s design, and aided by spontaneous self-organizing patterns—allowing the robots to move on their own.

The robots can be assembled into numerous configurations and, according to the team’s research paper, they’re capable of self-healing, locomotion, and working together.

Theoretically, the xenobots could function as biodegradeable nanobots. This would make them useful for functions like delivering drugs inside the human body.

Here’s another theory: Jurassic Park. In the 1993 film (spoilers ahead, but it’s been almost 30 years) a team of scientists cobble together some dinosaur DNA with stem cells from modern creatures including, you guessed it: frogs.

All hell broke loose in the movie once the frog cells started going haywire.

However, we’re quite sure this won’t be the case here. Here’s the full study just in case you want to check for yourself.

Read next: Google update turns your iPhone into a physical account security key