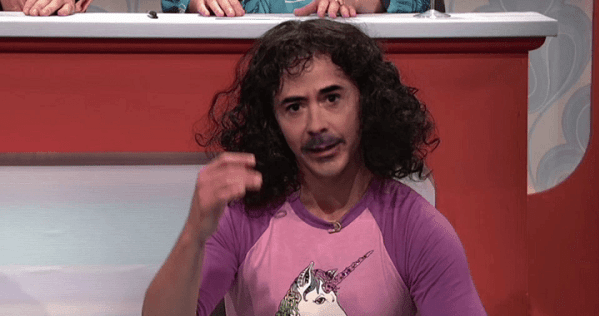 Last year, we saw some horrific apps that use deepfake tech with malicious intent. Following that, Facebook banned ‘misleading’ deepfakes from its platform — except parody. However, the tech can be used freely in fun applications such as Doublicat, which lets you superimpose your face onto any GIF.

The app — available on Android and iOS — quite simple to use:  click a selfie, and select a GIF to replace the original face with your face. You can take selfies with different looks and accessories to experiment.

The app uses RefaceAI — a Generative Adversarial Network (GAN) — to swap out your face in a GIF. It’s developed by a company with the same name, and was previously used in a face swapping app called Reflect (once used by Elon Musk).

The firm’s CEO says Doublicat doesn’t rely on the 3D model of your face, used in popular face swap apps such as Zao:

In most of the deepfakes, they use the approach that we put to rest more than a year ago. I’m talking here about 3D masks, face reconstruction and texture blending. This solution can work only with previously collected and preprocessed content. And can be unstable in facial expressions and turns.

Naturally, after seeing the data-leaking apps such as FaceApp and Zao, I had reservations about using my face data in another such app. The company said the app deletes the photo of a person right away after processing:

The app processes the photos of people and deletes it right away. We store only face embeddings – vector representations of facial features – which we don’t share with anyone.

After playing around with GIFs, RefaceAI has now said it’s planning to release a face-swapping video app. However, deepfake-based videos have been in the center of the controversy, and they are also the primary reason for companies and countries banning the use of the technology. The company will have to tread very carefully on what kind of videos it allows on the platform.

This might be one of the first apps to be released this year which uses deepfake tech to swap faces. According to reports, social media bigwigs TikTok and Snapchat both are looking to release features that use the tech.

You can check out Doublicat here and download the app for Android and iOS.

Read next: LinkedIn: Blockchain beats AI and cloud computing for hottest skill in 2020