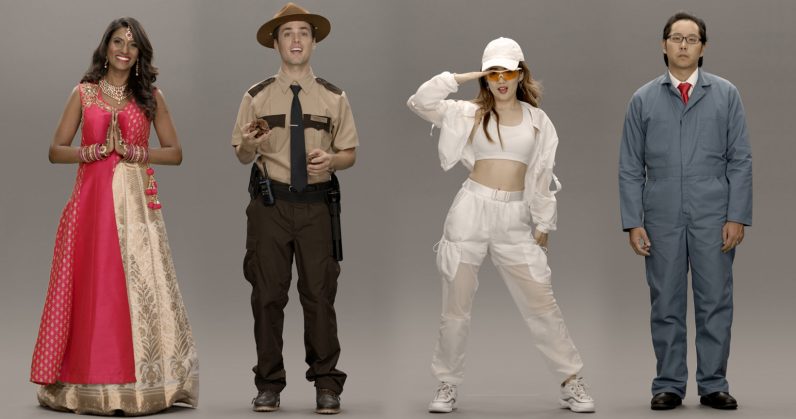 Samsung has been teasing its NEON project for a few days now, and we finally have some idea of what it’s about: AI-powered digital avatars that look like humans.

It’s actually an effort by STAR Labs, an experimental subsidiary of the Korean giant led by scientist and inventor Pranav Mistry. From what I can make of the vague press release and FAQ, the idea is to create software-based ‘artificial humans’ (called NEONs) that you can communicate and interact with, just as you would with a real person.

They’ll be accessible via screens and perhaps holographic displays. STAR Labs says they’ll be far more capable than today’s voice assistants. They can serve as “an individualized teacher, a personal financial advisor, a healthcare provider, or a concierge. A NEON can also be an actor, a spokesperson, or a TV anchor. A NEON can be our friend, collaborator or companion.”

These avatars are powered by two technologies: CORE R3, a proprietary platform (R3 stands for ‘Reality, Realtime, and Responsive’), and SPECTRA, which “complements CORE R3 with the spectrum of Intelligence, Learning, Emotions and Memory.” No, I don’t know what any of that means.

STAR Labs explains that while NEONs can be based on real people and resemble them, they won’t be exact replicas. That said, it’s worth thinking about the potential danger of creating realistic avatars that could be used to imitate real people and spread misinformation. This may not be a huge issue if the company tightly controls who has access to the tech to create avatars, but that’s not yet clear.

The company also claims that NEONs can also learn from experiences — but it doesn’t explain how that will work. It’s also not immediately clear if these avatars will operate as part of a cloud service run by Samsung or STAR LABS, or whether businesses will have the option to run them locally. Similarly, we don’t know how NEONs will be made available to people to interact with. So, yeah, still more questions than answers at this point.

Hopefully we’ll get a bit more clarity when NEONs are demonstrated live at CES over the next couple of days. STAR Labs will also talk more about this project at an event called NEONWORLD 2020 later this year. Hurray for hype.

Read next: Tumblr’s literacy initiative wants to educate people on misinformation and cyberbullying