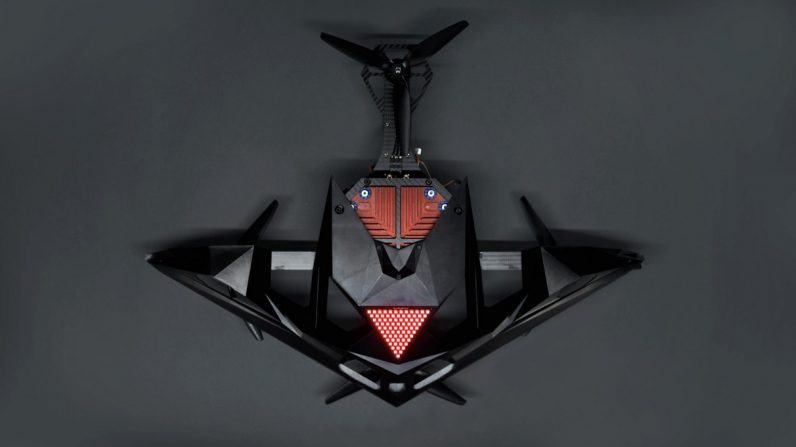 The Drone Racing League recently held its first Human VS AI match, pitting a drone helmed by AI developed by Delft University of Technology’s MavLab against one flown by human pilot Gabriel Kocher. Despite early race hype, MavLab’s machine took a big “L” as Kocher flew away with the victory, running the course in half the time it took the AI.

Am I the only one wondering how the “future” ended up being a world where AI can beat us at board-games and we’re better at piloting vehicles? That’s not to say that controlling these particular drones is any mean feat.

The Drone Racing League, for those unfamiliar, is probably not what you’re thinking. Unlike traditional “RC” races, this doesn’t involve a bunch of people staring up at the sky with a remote control in their hands. The drones in this sport fly at over 70 MPH and they’re controlled in first-person perspective by pilots through the use of video goggles. As the league’s website says, this is as close to Star Wars’ Pod Racing as humans can get right now.

The league created its Artificial Intelligence Robotic Racing (AIRR) circuit this year and, in partnership with Lockheed Martin, put up a million dollar purse to the team that won. The championship was held last Friday and MavLab’s AI dominated all the other AIs. Not only did the team walk away with the big prize, it also got the opportunity to test its robots mettle against some flesh.

Professional drone pilot Gabriel Kocher, who goes by Gab707, took on that challenge and gave the AI-powered drone a walloping its developers won’t soon forget. The robot flew the course in a cool 12-seconds but Gab707 was across the finish line (or through the hoop, in this case) in just six.

According to a report from CNET, the Drone Racing League’s chief technology officer, Ryan Gury, expects AI will beat humans by 2023.

For more information about the Drone Racing League check out its website here.

Read next: I want to meet the person who buys the $53k Mac Pro