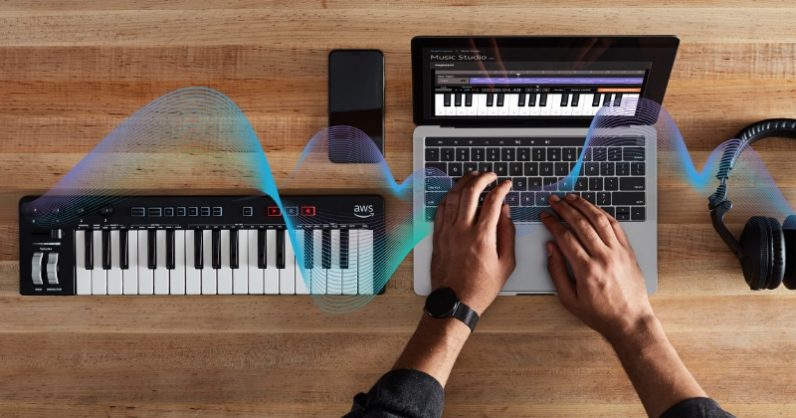 Last night, Amazon announced an AI-powered musical keyboard for developers at its re:Invent 2019 conference in Las Vegas. The keyboard, called AWS Deepcomposer, is available in physical and emulator form for folks to try their hand at machine learning.

It has 32-keys in two octaves and pre-trained AI models in classical, jazz, rock, or pop genres to get started. You can use a pre-recorded tune or record one of your own, and then select parameters and validation sample for the model. It’ll then produce a tune based on the genre and parameters. Once you get comfortable with using Deepcomposer, you can train your own model and make music.

The company uses Generative Adversarial Networks (GANs) to ‘compose’ music in different styles and genres. Its generator model keeps improving its composition until the discriminator model thinks that these compositions are ‘genuine’.

Deepcomposer is Amazon’s third machine learning-powered device for developers. It has previously released AWS DeepLens to train computer vision models and AWS DeepRacer – a small autonomous car for you to try and learn concepts of self-driving.

The device is currently not available, but you can email here to request a sample. You can read more and try out Deepcomposer’s online version here.

Read next: Apple follows Spotify and announces its own music awards