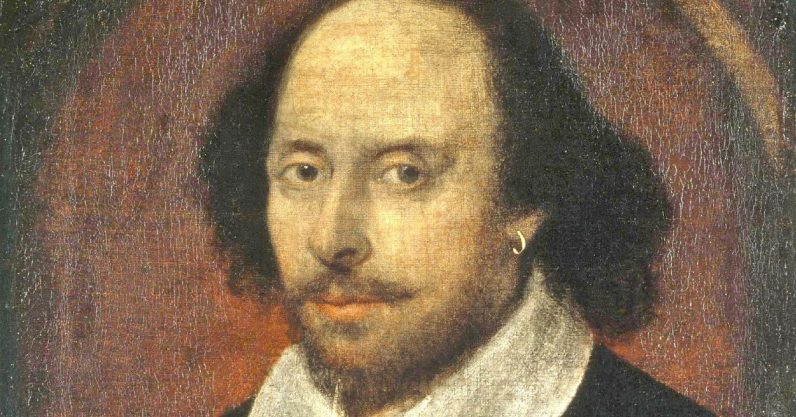 After all these years, someone might have figured out exactly how much Shakespeare worked on one of his last plays. It’s long been suspected that Shakespeare didn’t write the whole of Henry VIII, but now, thanks to machine learning, we could know just how much he outsourced to a playwright friend.

For those of you who aren’t up on your Shakespeare, the notion that Henry VIII may have had more than one formal author is also a very old one, born from the fact that some of the scenes just don’t “sound” like Shakespeare. His co-author is generally supposed to be his successor, John Fletcher. They also collaborated on The Two Noble Kinsmen: both of their names were on the published edition. Fletcher is also believed to be the co-author of the lost play Cardenio.

Petr Plecháč of the Czech Academy of Sciences put the problem to machine learning, and according to his paper, “Relative contributions of Shakespeare and Fletcher in Henry VIII: An Analysis Based on Most Frequent Words and Most Frequent Rhythmic Patterns,” (which you can find here) the results “highly support the canonical division of the play between William Shakespeare and John Fletcher.”

He trained a machine learning algorithm to recognize the styles of both Shakespeare and Fletcher using plays both were known to have written, most from the same period of time as Henry VIII was published. From this information, Plecháč was able to determine not only how much of the play was written by one or the other, but how much of each scene was written by each one. The results tally very closely with proposed theories about the authorship of each scene, and Plecháč concludes, “We can thus state with high reliability that H8 is a result of collaboration between William Shakespeare and John Fletcher.”

And lest you think he’s just training the AI with two authors, he also trained it to recognize the work of Philip Massinger, a potential third author. The AI didn’t find any evidence Massinger was involved in writing Henry VIII.

While it’s not necessarily a revelation — the AI is essentially doing what literary analysts have been doing for generations — it’s still gratifying to see it lend credence to a long-held idea. Shakespeare worked on Henry VIII towards the end of his life, dying three years after an explosive performance of this play resulted in the destruction of the Globe. Fletcher would go on to work with Shakespeare’s acting company, the King’s Men, until his own death several years later.