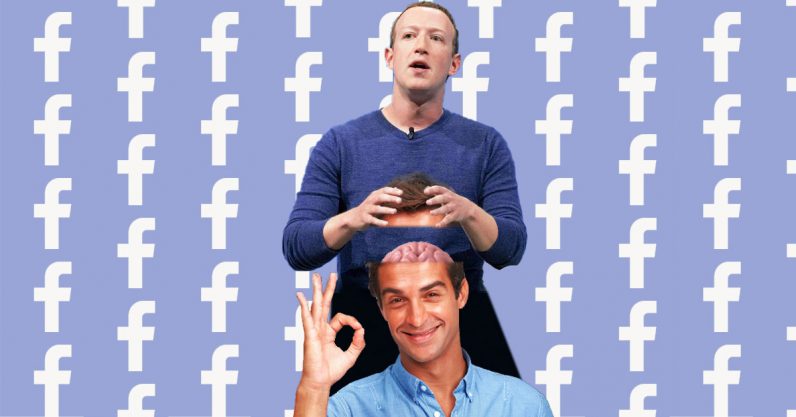 If you missed it: Facebook‘s building a brain computer interface (BCI). In the company’s words, the gadget will be:

A non-invasive, wearable device that lets people type by simply imagining themselves talking.

That makes it sound like a Bluetooth accessory you’ll wear on your head that let’s you chat hands-free using only your mind – perhaps with webcam models. When you think about it that way: here’s a link to Investopedia’s beginner’s guide to buying Facebook stock.

All jokes aside, a well-functioning BCI could be the single greatest accessibility device ever invented. If it works properly, it could potentially give millions of disabled people a new kind of freedom to interact with technology.

I believe BCI’s will eventually be great for everyone, and as soon as the general population gets savvy there’ll be no stopping them. Right now, it sounds kind of cool to type with your brain. But wait until you’re opening doors, cooking food, and playing Borderlands 3 while getting a manicure. BCI’s will be bigger than the Walkman (happy belated 4oth birthday!), the iPod, or any other gadget before or since. Let me be blunt: I believe BCI’s will be adopted by the population at-large within a decade of the first one being commercially launched.

And, in the best interest of humanity, the world needs several companies developing BCIs. We need companies locked in iterative competition cycles fixated on pushing the boundaries of the technology. That’s how we get from smartphones to whatever’s next. But, if we let the likes of Facebook, Google, or any other company whose profits are directly affected by advertising develop a brain computer interface, we are setting ourselves up for catastrophe.

Facebook has literally conducted psychological research on us as part of its scheme to keep us on the site. FAIR, the company’s AI division, is staffed by some of the most talented researchers on the planet — we’re talking about people in the top one-percent here. These developers’ algorithms work so well at keeping you glued to your screen that social media addiction has become one of the most common mental illnesses in the world.

And they’re doing it with math. Facebook takes whatever data it can squeeze out of you (what you click on, how long you spend on something, what notifications you respond to, etc.) and develops algorithms to come up with insights that allow the company to make millions of tiny changes in real time to try and wring a few more seconds per engagement out of you.

There’s a lot of reasons why this works so well, but for the sake of brevity: people lie, data doesn’t. Facebook knows whether you’re really into that band you tell your friends you love, or if you’re just a poser who has no interest in any content related to that band. It knows how to show you the content you really want.

Don’t get me wrong, the algorithm isn’t perfect. You might be thinking ‘all my ads are for things I have no interest in,’ because that happens too. But ask a few friends if they’ve ever said something about a product in a conversation, and then saw an ad for it the next time they were on Facebook. I bet it won’t take long to find one who feels like that happens all the time — it’s almost like Facebook‘s listening to them.

It’s not. That’s a common misconception, but in fact it’s just so good at knowing what we’re into that, chances are, we’ve been seeing those ads for days or weeks without even noticing. And when we suddenly find ourselves compelled to gush about the product with a coworker, we think it was our idea.

Again: Facebook already controls us with math. Imagine what it’ll be capable of when it can skip all the black box stuff and go straight to the very source of our interest and emotion: our brain activity.

Pavlov wouldn’t have need a bell or a treat if he could just reach his thumb into the dog’s brain and push it’s pleasure center at will. You’re going to love Facebook’s brain computer interfaces; you won’t have a choice.

Read next: How to see what ads Instagram thinks you'll care about