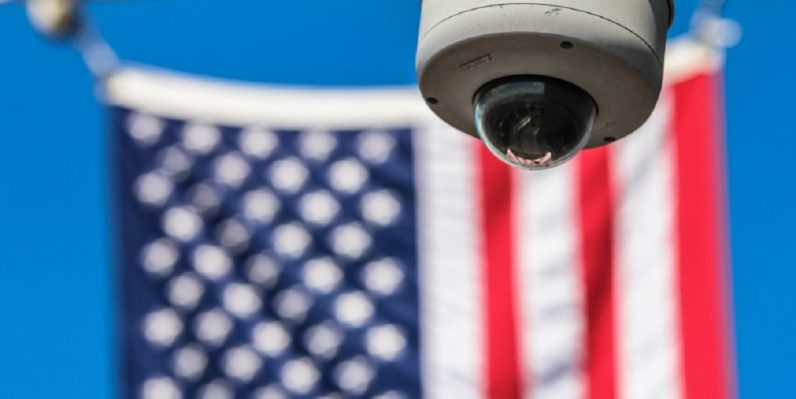 This weekend’s ICE raids are essentially a ribbon-cutting ceremony for the government‘s surveillance state. The same AI-powered tools empowering those agents to identify, target, track, and spy on immigrants without a warrant are already in the hands of police officers, sherriff’s deputies, and border patrol agents across the country. If you’re undocumented you should be worried. And if you’re a US citizen or here legally: you should be downright terrified.

US citizens are protected from unreasonable searches by the Fourth Amendment. It says our right to privacy “shall not be violated, and no warrants shall issue, but upon probable cause, supported by oath or affirmation, and particularly describing the place to be searched, and the persons or things to be seized.” These rights, by law, should extend to undocumented immigrants too.

But that’s not stopping local law enforcement agencies such as the LAPD or federal ones such as CBP and ICE from using an app capable of taking a tiny scrap of information and turning it into a full-blown intimate profile of an individual – all without a warrant or any judicial oversight or regard for actual citizenship status.

Vice today broke the news that it’d obtained a copy of the user manual to a version of the program. It was developed by Palantir, the same company that makes the predictive policing software we referred to as worse than psychic detectives in this article.

The document, which contains information about a version of Palantir’s software dating back to 2016, describes a terrifying tool that potentially gives hundreds of thousands of law enforcement agents complete and utter access to citizens‘ lives in a convenient app.

The app’s as simple to use as Tinder. Only instead of swiping right to see if you’re a match, they’re surfacing intimate details of your life at the push of a button. They can see where you live, work, and where your car’s been. They know your bank account numbers. It’s like a magic box that allows any law enforcement officer to skip the entire legal process of obtaining a warrant. And every agency from the LAPD to ICE potentially has access to it.

Perhaps most interesting about tools like this sliding under the radar is that they actually work much better at spying on US citizens — especially those with lots of records in the system. The more data you provide it, the more the government knows about you. And we’re not talking about the kind of data Facebook and Google have on you.

We’re talking about the actual intimate details of your life such as medical records, motel visits, mental health records, which VPN company you use, and dozens of other receptacles for your private information.

In fact, as Vice reports, the system can draw data from reports and databases compiled by any of these sources:

This means the cop profiling you – again, with as little information to begin with as your name or license plate number – not only knows almost everything about you at the push of a button, but also your family members, business partners, and associates – and their associates, and their’s, and so on.

This, of course, is just the tip of the iceberg. Aside from using AI that scours government and private databases for citizen data, we know that law enforcement agencies both local and federal use facial recognition technology. In combination, these and other secondary surveillance systems form an ubiquitous, on-demand surveillance network.

These surveillance tools are as easy to use as a gun, and in many ways they’re more powerful. You just figuratively point it at a person you want to harm, push a button, and you expose them and everyone around them.

The AI doesn’t care if it’s being used to investigate a violent criminal, undocumented immigrant, or law-abiding citizen. It doesn’t understand the difference between an agent looking for terrorists or one trying to dial-in everyone in a 20 mile radius who‘s visited a mosque or socialist rally.

In light of recent investigations exposing tens of thousands of law enforcement agents across the country as having misused authority or being white nationalists, anti-muslim, anti-LGBTQ, and/or members of illegal police gangs, it seems we need our 4th Amendment protections more now than ever. But the terrifying fact of the matter is that we’ve given our law enforcement agents unregulated access to artificial intelligence tools that render warrants and due process obsolete.

With our right to privacy gone, we can no longer rely on the Constitution to defend us against those sworn to protect us. Welcome to 1984.

Read next: How to use the PlayStation 4's hidden trophy reveal (and other tricks)