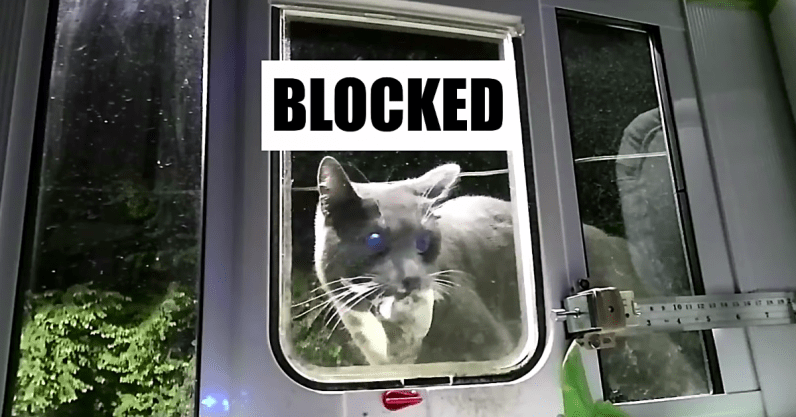 We cover a lot of stuff related to AI. There are some fascinating models that can create talking head videos based on just one picture, or manipulate an image with just one click. But now there’s a fascinating model that can stop your cat from bringing dead prey home.

Ben Hamm, tcreator of the model and a product manager at Amazon, noticed his cat often brought dead animals back to the house as a ‘gift.’ As a cat person myself, I can totally relate to Hamm’s problem. While the cat got rid of rats to his relief, it’s not pleasant to wake up to a dead rat. So he turned to AI for help, and built a model that would lock the cat door when his pet tried to bringing a dead animal with it.

If all three stages are cleared the cat door is locked. He used an Arduino digital board to build a locking/unlocking mechanism for the door. The system also sends Hamm a text with pictures of the cat, and donates some money to the Audubon Society, a bird related organization.

Hamm said the AI has been working very well, and the cat was unfairly locked out only once. While all the research in the AI field is fascinating to see, it’s amazing to actually look at a practical AI application solving a real-life problem. Kudos to Hamm, and pets to the cat.

Update (07/07/2019): The earlier version of the story described Ben Hamm’s title as an engineer. We regret the error.

Read next: The bigger they are, the harder they fall — WeWork and Uber’s fight against reality