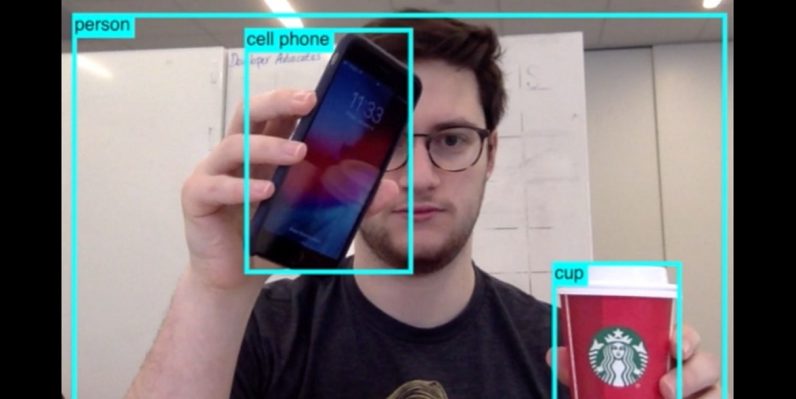 Bourdakos’ Code Pattern, called “Create a real-time object detection app using Watson Machine Learning,” relies on a tool called Cloud Annotations. It’s basically a blueprint for training an AI model to recognize whatever objects you train it on, with a tool that makes labeling your data dead simple.

I saw someone doing emoji classification and I thought it would be a cool project to work on with Cloud Annotations and real-time object detection.

Using Cloud Annotations and the Code Pattern is relatively simple. Bourdakos and IBM published a tutorial, which you can view here, that takes developers through the entire process:

In this code pattern, you’ll build an iOS app that lets you use your own custom-trained models to detect objects. You’ll create an IBM Cloud Object Storage instance to store your labeled data, then after your data is ready, you’ll learn how to start a Watson Machine Learning instance to train your own custom model on top-of-the-line GPUs. After your model has completed training, you can simply plug the Core ML model into your iOS application.

If this all seems too easy to be true, it’s because it is. Kind of. In essence you aren’t actually training an AI model using these steps, you’re re-training it. IBM‘s already trained the AI on millions of images to teach it a myriad of computer vision capabilities. It already understands things like curved lines and shadows. You’re just teaching it to recognize the images you’re annotating.

But there’s still a lot of cool and useful stuff you can do with it:

And if you’re not sure whether you have enough experience developing AI models to use Cloud Annotations, fret not. TNW asked Bourdakos if this was only for experts, he told us:

I build all my code patterns so that any level of developer can follow along. The code pattern “Create a real-time object detection app using Watson Machine Learning” was built with the expectation that the developer would have zero machine learning experience. However, there is still plenty of value for TensorFlow wizards to check out the code pattern as well.

If you’ve ever wanted to roll your own object detection AI models, or you’re just looking for a fun project to get into machine learning with, Cloud Annotation and Bourdakos’ object recognition project, or one of IBM‘s other Code Patterns, might just be the starting point you’re looking for.

Read next: Review: The SVS Prime Elevation are Atmos speakers that can do it all