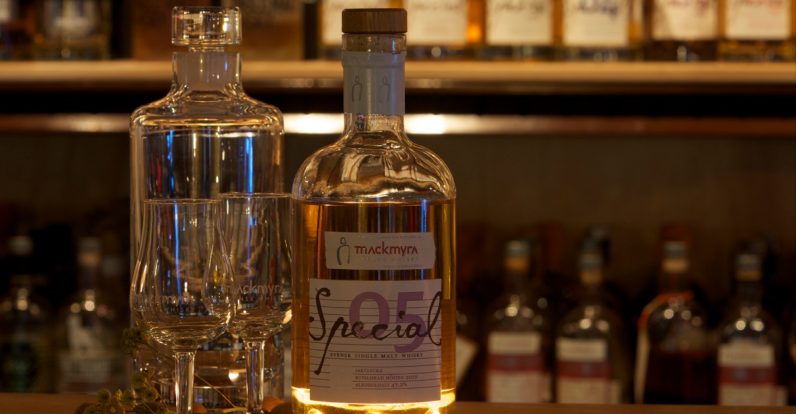 Swedish distillery Mackmyra Whisky, technology company Fourkind, and Microsoft recently teamed up to produce the world’s first AI-created whisky. The combination of old fashioned cask-aged flavor and cutting-edge AI produces unique flavors that, potentially, could be a hit with enthusiasts.

Currently, the distillery’s machine learning models, powered by Microsoft’s Azure cloud platform and Azure cognitive services, are fed with Mackmyra’s existing recipes (including those for award-winning blends), sales data, and customer preferences. With this dataset the AI can generate more than 70 million recipes that it predicts will be popular, and of the highest quality based on what kind of cask types there are in the warehouse.

This might not be as impressive as a self-driving car, but making whisky is probably harder than you think. Whiskys spend at least three years aging in wooden casks. Twelve years is considered the minimum for a decent scotch. The age and type of wood used in the cask has a direct effect on flavor, but a lot of the nuances of a fine whisky can actually come from generations of spirits, of different varieties, leaving their unique aromas and blends behind.

This means there are a near-infinite number of ways to make whisky. It also means if you make whisky that tastes awful, you’ve wasted at least three years and potentially ruined a cask. Yikes.

What Microsoft‘s done to help is create an AI system that can predict from the myriad permutations which ones will actually taste good. As it has no taste buds, it essentially ‘hallucinates’ these recipes based on its parameters. Its training was enabled by Master Distiller Angela D’Orazio, who appears to be a believer in the power of machines. She said:

We always strive to challenge the traditions in the very traditional whisky trade, and that’s something we can really do now with the help of AI. We see AI as a part of our digital development, and it is really exciting to let AI be a complement to the craft of producing a high-quality whisky. For me as a Master Blender, it is a great achievement to be able to say that I’m now also a mentor for the first ever created AI whisky in the world.

While AI may get the credit for creating the new recipe, it was humans who created the algorithms and the data they were fed. The real beneficiary of this new system is the people who work at Mackmyra and their customers.

The employees’ jobs are made easier now that the most time-consuming portion of their jobs, the intensive testing that goes into designing new flavors, can be partially-automated. And customers will potentially have access to flavors no human could have dreamed up.

Whether or not this is a good thing remains to be seen – or tasted, as the case may be. Visit Microsoft’s blog for more information about the process.