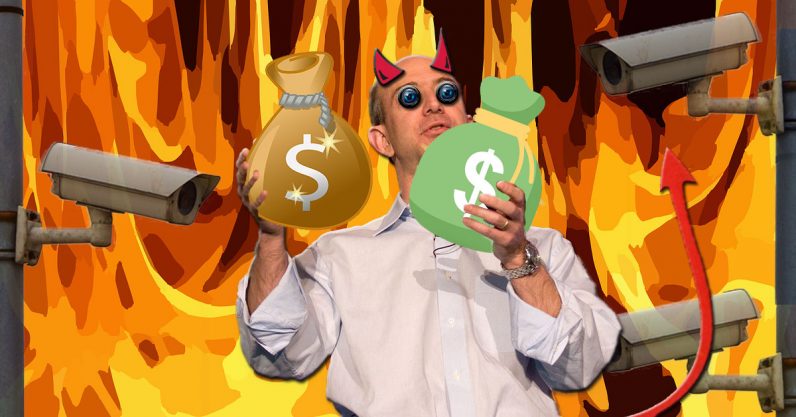 In a country where consumers (read: taxpayers) already have little-to-no privacy, it seems outrageous that billion-dollar technology companies can make closed-door deals with law enforcement agencies without US Congressional oversight. Yet here we are.

Amazon has reportedly committed to providing ICE with “the best technology,” which sounds like it should be a good thing.

ICE, which stands for Immigration Customs Enforcement, is an agency tasked with keeping US borders safe. Unfortunately, ICE and Amazon don’t seem to be interested in addressing the privacy issues surrounding certain aspects of their partnership.

And Congress members are frustrated over the blatant disregard for the will of US citizens. After all, if ICE is a Federal organization why won’t it provide transparency to Congress?

A group of US politicians, including legendary civil rights leader John Lewis, recently sent a letter to Amazon CEO Jeff Bezos asking for information on the company’s facial recognition system:

According to reports, law enforcement officials have begun using cameras to collect raw video footage of bystanders and transfer that data to Amazon servers for facial recognition analysis. Notably, these pilot programs lack key internal and external policy guidelines, and were reportedly initiated without any hands-on training from Amazon for participating law enforcement officers.

Regrettably, despite asking you a series of questions on this subject and requesting specific information in letter sent to you on July 26, 2018 and July 27, 2018, your company has failed to provide sufficient answers. We renew our call for information.

An Amazon spokesperson recently refused to elaborate on the company’s dealing with ICE during a hearing in New York. City council members held the meeting amid concerns over involving Amazon’s HQ2 and its imminent arrival in the City that never sleeps.

Amazon testifies that they believe ICE should have "the best available technology" as they provide facial recognition software to facilitate deportations. We are a city of immigrants. This is shameful. #NoAmazonNYC@MaketheRoadNY @nychange @caaav @MPower_Change pic.twitter.com/5nvwODjyoK

Interestingly, Google today appeared to throw some shade at Amazon (though it could have been referring to another company) in a blog post discussing AI:

However, like many technologies with multiple uses, facial recognition merits careful consideration to ensure its use is aligned with our principles and values, and avoids abuse and harmful outcomes. We continue to work with many organizations to identify and address these challenges, and unlike some other companies, Google Cloud has chosen not to offer general-purpose facial recognition APIs before working through important technology and policy questions.

The ACLU issued a press release lauding the move by Google. Though Nicole Ozer, technology and civil liberties director for ACLU California, warns that we still need to hold the company to its claims:

This is a strong first step. Google today demonstrated that, unlike other companies doubling down on efforts to put dangerous face surveillance technology into the hands of law enforcement and ICE, it has a moral compass and is willing to take action to protect its customers and communities.

… We will continue to put Google’s feet to the fire to make sure it doesn’t build or sell a face surveillance product that violates civil and human rights. We also renew our call on Amazon and Microsoft to not provide dangerous face surveillance to the government. Companies have a responsibility to make sure their products can’t be used to attack communities and harm civil rights and liberties — it’s past time all companies own up to that responsibility.

In the US, it seems, our right to privacy only extends as far as Jeff Bezos and ICE will allow it to. Facial recognition software, and the consequences of ubiquitous government surveillance, doesn’t discriminate between undocumented immigrants and tax-paying citizens.

We’re all in the cross-hairs of a government run amok with power, as long as privacy and civil rights are a partisan issue on Capitol Hill.

Read next: YouTube Rewind 2018 hit with most dislikes ever thanks to its too-clean imagery