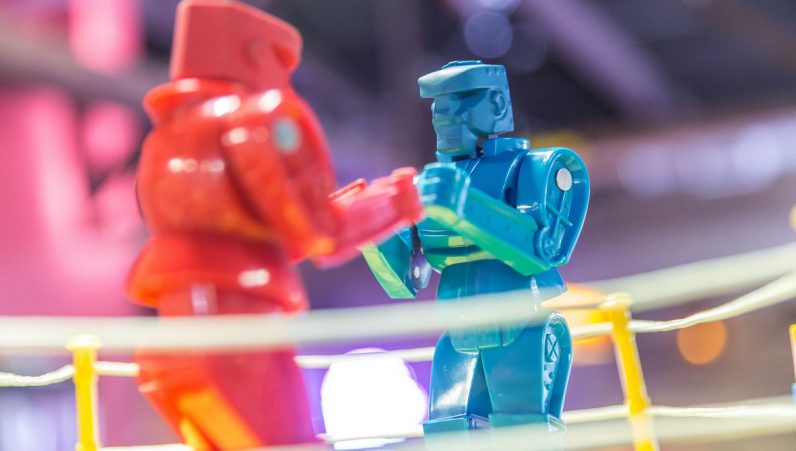 A pair of AI experts have been trading shots on Twitter in a friendly (yet entertainingly competitive) debate concerning the path to artificial general intelligence (AGI) for the past week or so.

Since we have DL but don't yet have AGI, it's quite obvious to everyone that we are missing something.
I repeat: the interesting question is precisely what.
I repeat my claim: DL (defined as gradient-based learning of non-linear functions) will be part of the solution.

For those unfamiliar with the term: AGI is human-level intelligence in a machine. The debate centers around whether one specific AI development paradigm is necessarily the path to AGI. It’s a lot more complex than that, but the gist of it is: LeCun feels strongly that deep learning will be a part of the solution. And, of course, Marcus (sort of) disagrees.

Show me the deep net that can invent math and astronomy and I will eat my proverbial hat, or make a large donation to your favorite charity.

It might not seem like a big deal, especially if you measure by likes and retweets, but sometimes history isn’t sexy to the mainstream when it happens.

The primary agitators in this debate, LeCun and Marcus, may not be the kind of social media influencers you’re used to, but in the world of machine learning they’re as influential as they come.

And, when titans of AI clash, there’s always going to be some drama. This one even has an extra layer: it’s a classic big tech versus academia match up.

In his capacity as Facebook’s supreme AI hive-mind ruler (not his official title) LeCun oversees the development of cutting-edge machine learning advances. At least he used to, we hear he stepped back from his role in day-to-day operations to work on taking Sophia the Robot down a peg or two full time.

And Gary Marcus teaches psychology and neural science at NYU, which makes him an expert on intelligence. He wrote a scathing criticism of deep learning. It was not called “Deep Learning: What have you done for me lately?” The subtitle was not “ImageNET: yawn.”

It wasn’t just LeCun and Marcus trading tweets during the Great AI Debate of November, though. Like any good show there were plenty of celebrity cameos.

It'll speak with a lisp.. Or at least that's a training scheme to do so.

Google’s Jeff Dean showed up. He helped create the Google Brain program. And we’re all on the edge of our seats waiting for Google to add a heart and some courage (sorry Jeff, couldn’t resist).

And Jack Clark made an appearance as well, if only because Marcus summoned him. He’s the policy director at OpenAI, but more importantly he puts out the Import AI newsletter. There’s no joke here — you should subscribe to it if you’re an AI enthusiast.

The debate also brought tweets from Judea Pearl (one for you to Google), and Thomas Dietterich – but I don’t think it’s an official debate until he shows up, so that wasn’t unexpected.

I'm defensive? I don't need to be. But why are you so offensive?
CherryPi (the FAIR StarCraft bot) is largely rule based too, with a bit of ML/RL. It's also open source. The Samsung bot is not "still better" than CherryPi since it didn't even exist until now.

I don’t think Starcraft is considered operational code for Facebook.

This discussion seemingly sprang up out of nowhere, but I suspect all the AGI talk of late is related to Martin Ford’s new book “Architects of Intelligence.” In it, he interviews 25 of the world’s leading AI experts, including LeCun, Marcus and Dean.

TNW spoke with Ford about the book. He told us his biggest takeaway from the experience of writing it was seeing how differently the experts perceived the field of AI. And you can certainly see what he means on Twitter.

And, if you can credit Ford with stoking the conversation, then Marcus and LeCun deserve mad respect for opening the doors on a fascinating debate.

Obviously the path forward wasn’t figured out in a week’s debate on Twitter, but the conversation alone is — hyperbole alert — a matter of historical record that could find a natural home in a digital museum one day.

Say what you will about social media, but it’s nothing short of amazing that anyone with an internet connection can watch these brilliant minds discuss the future of AGI. It’s like watching physicists discuss the Manhattan Project in its early conception.

Read next: Russia to build Moon colony by 2040: NASA says hold my beer